¿Costa Blanca North or South? Which one is for you? 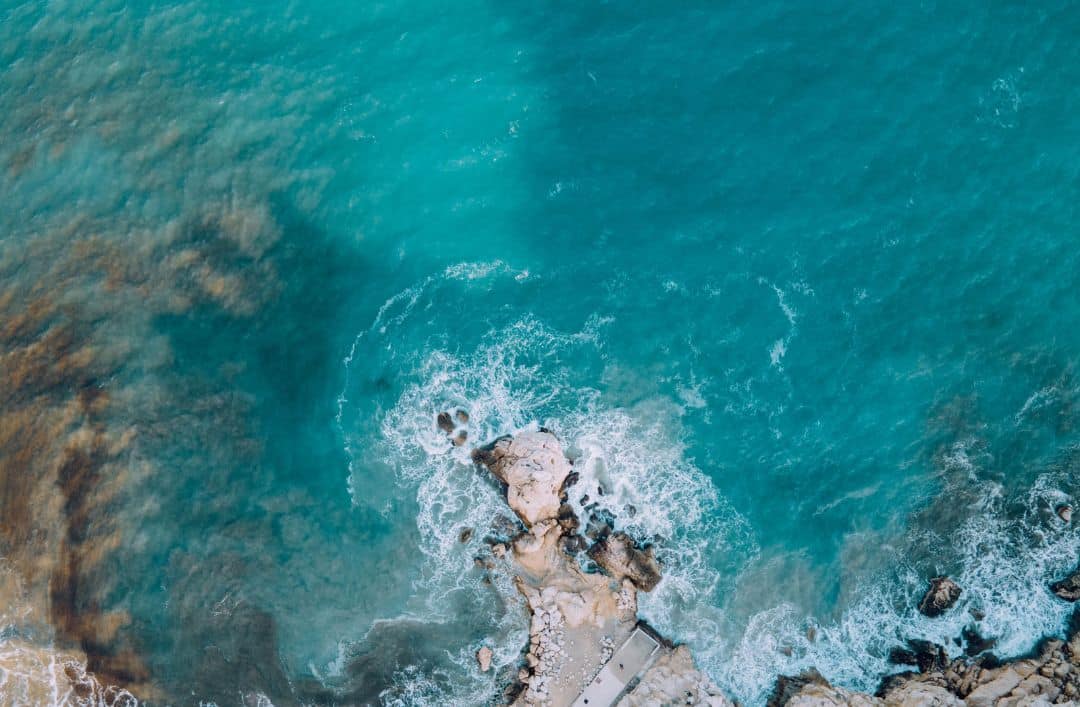 The Spanish Levante is one of the most attractive and charming parts of Spain. We’re talking about the Costa Blanca, obviously a popular destination in summer, but which can become your own private paradise at any season of the year.

From north to south, the Costa Blanca is pure beauty and nature. The climate is one of the main attractions in this area as it has many hours of sunshine for most of the year, along with mild winters which, for people from northern and central Europe are pleasantly bearable. In fact, a curious little snippet of information from the World Health Organisation has singled out this region as the healthiest place in Europe, thanks to the excellent climate that we mentioned.

The Costa Blanca includes the Alicante coast from Denia to Pilar de la Horadada, around 220 km of coastline, with a surface area of 5.817 Km² and with 141 municipal districts. And which is best? Would you choose north or south? We tell you about some of the differences and the advantages of living in both zones of the Costa Blanca.

Both the north and south of the Costa Blanca have some amazing places to visit and offer some unique experiences. However, there are significant differences between the two areas.

The Costa Blanca Norte extends from Benidorm to Denia. One of the main features that distinguishes the north from the south is the countryside, in particular the mountains that are so close to the sea. Can you imagine paddling in the sea yet surrounded by mountains? It’s amazing! The Costa Blanca Norte is a unique place to enjoy this spectacle of nature where sea and mountains meet (Montgó Natural Park and the Sierra de Altea) with a geography that has produced an infinite number of coves, beaches, caves (such as the Cova dels Arcs) and pine forested hills sweeping down to cliff tops that afford impressive sea views, and what’s more, here in the Costa Blanca Norte you will find the highest peaks in Alicante province. 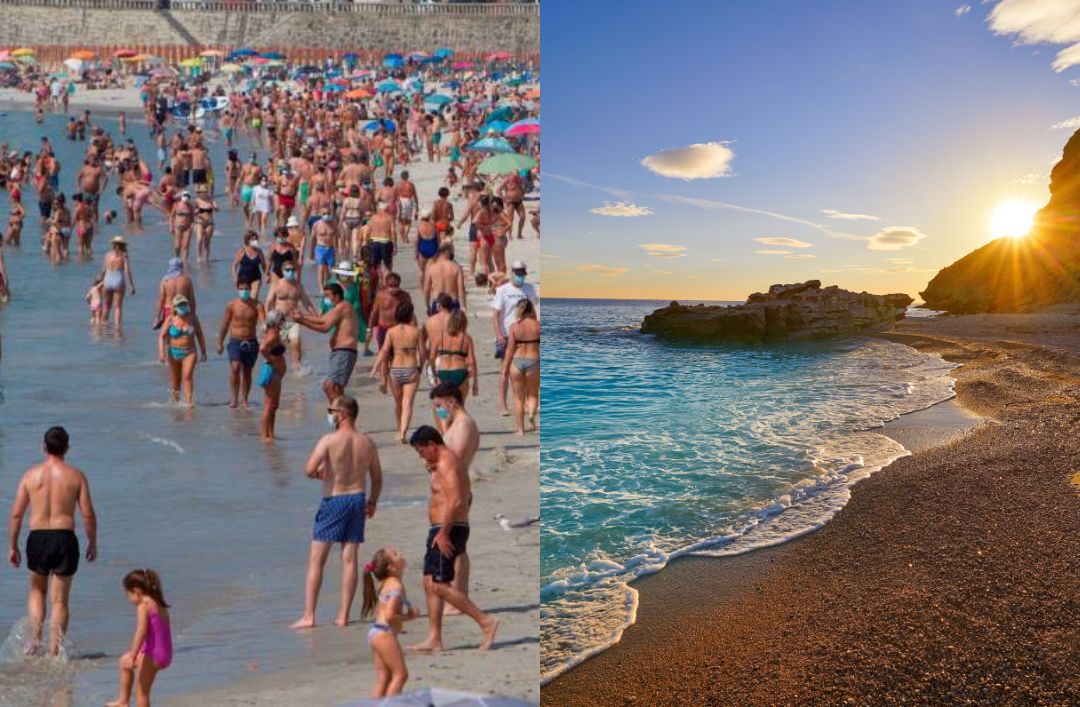 The most popular and picturesque stretch of coastline here begins in the municipal district of Altea. In the Costa Blanca Norte, there is much less tourist development than in the south, and the area boasts towns and villages with all the beauty and charm of the province that are Mediterranean 100% which, while unquestionably remaining a tourist attraction, are places that have nevertheless managed to retain their “Mediterranean VILLAGE identity””. Life on the Costa Blanca Norte is synonymous with quality, luxury and tranquillity, evidenced in towns and municipalities like Altea, Calpe, Jávea, Benissa and Teulada–Moraira. Their old town centres are replete with centuries of history, and their coastal areas include beaches, natural coves and inlets, and cliffs sweeping down to the sea, all spectacularly beautiful. An example are the famous rocky coves of Moraig, Llebeig and la Granadella although you can find many more in this article.

The southern end of the Costa Blanca is typically a much flatter landscape. The high mountains and hills give way to salt water lagoons, as in Torrevieja, where salt is extracted, and extensive sand dunes (between Alicante and Torrevieja).
The coastline has long stretches of sandy beach (Playa del Cura, Las Higuericas, El Campello). These beaches are perfect for tourists of every kind, and so they are practically full during the summer. The Southern Costa Blanca is one of the most popular destinations for both national and international tourists. 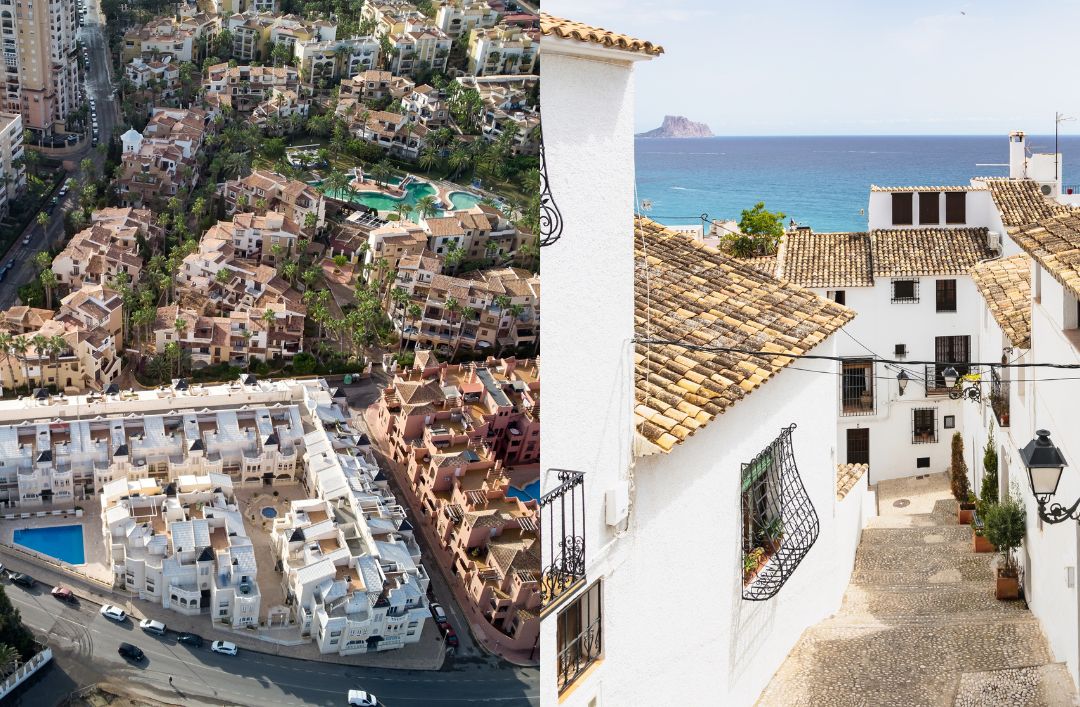 The area has many apartment blocks and enormous residential complexes, and a wide range of varied tourist accommodation. The Costa Blanca Sur has become one of the biggest areas for second homes in Spain, and consequently has a huge provision of real estate and properties available. The standard features of the homes and the extensive range of properties means that the average price per m2 is much lower than in the Costa Blanca Norte, where construction is far more exclusive, characterised by blocks of fewer, yet more spacious apartments, with luxury services such as SPAs, gymnasiums or Wellness areas, or villas with contemporary architecture on the mountain slopes, large gardens, terraces and private pools that merge with views of the sea in the distance.

Nature, culture and the architectural style in the southern Costa Blanca are all very different from the north, as this post has shown.

The Costa Blanca is life, nature, and unique surroundings. An enormously heterogeneous place where you can lose yourself in its sandy coves or climb to the highest point in Alicante province in the Costa Blanca Norte, or you can enjoy long walks along its endless beaches and admiring its landscape of dunes and salt pans.  However, there is one thing shared by both north and south that we mentioned at the start of this post, and that is the Mediterranean climate. The Costa Blanca enjoys over 300 days of sunshine annually and the temperature is ideal for living there all year round. A perfect microclimate

North or south? We know which we would choose. Now it’s your turn.

Look out for our future blog posts where we will be informing you all about what’s going on in the Costa Blanca Norte and in and around Residential Resort Cumbre del Sol.