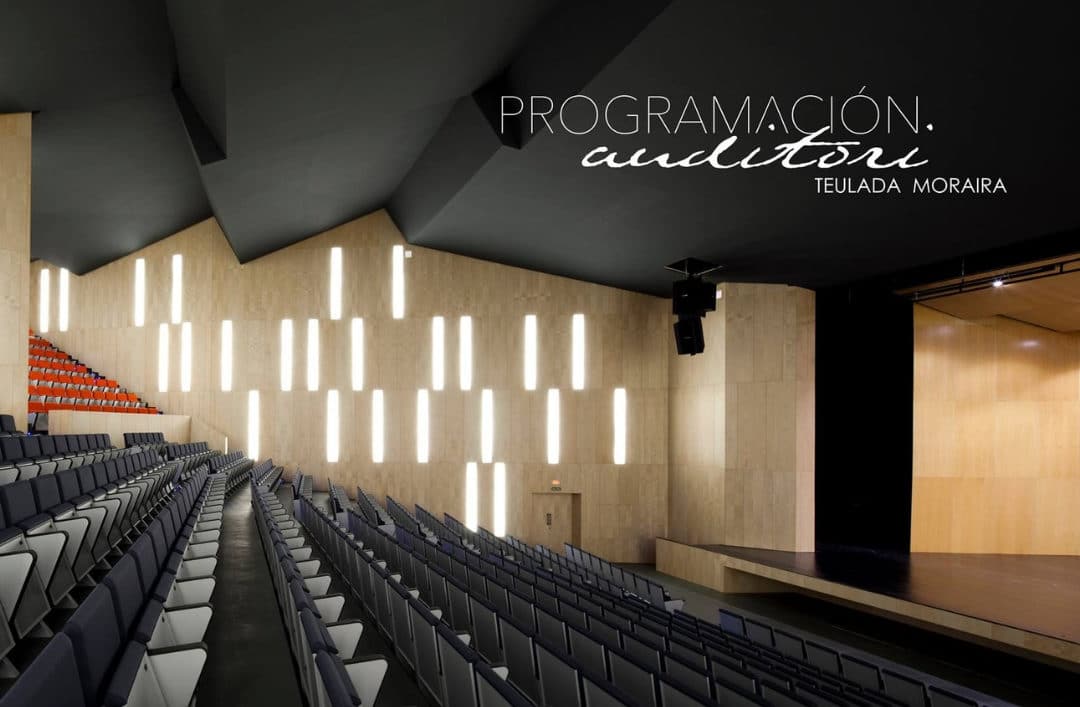 Life at Cumbre del Sol Residential Resort allows you to enjoy not only privacy and tranquillity, but close proximity to all the services you need and the best cultural events in the area. Thanks to its exclusive location, Cumbre del Sol Residential Resort is just a few kilometres from cities such as Denia, Altea, and Teulada-Moraira, where there will always be a range of events to tempt you. For example, don’t miss the events scheduled at the Teulada-Moraira auditorium over the coming months.

The auditorium was opened on the 25th March 2011 and is a modern building designed by architect Francisco Mangado Beloqui. Located at the highest point in Teulada, it’s a good place to admire the urban centre of Teulada-Moraira as well as the sea and vineyards.

Since its opening, the auditorium has hosted important events such as ballet performances, musicals, operas, concerts, plays, expositions, and culinary events, as well as others. Don’t miss the programme of events scheduled for this season, which was presented on the 1st October by the President of the Fundación CV Auditori Teulada Moraira and Mayor, Carlos Linares, and the Director, Maite Serrat.

This new season began with a concert by German jazz band The Bourbon Street Stompersel on the 6th October, followed by Mozart’s magnificent The Magic Flute on the 14th October.

The next event, the musical The Phantom of the Opera produced by the Asociación de Amigos de la Música de Alcoy, will be taking place on Saturday 27th October at 7:00pm. Make the most of the opportunity to enjoy this wonderful performance with an orchestra, soloists, choir, and over 90 people on the stage, and immerse yourself in this mythical love story set in 19th-century Paris.

We also invite you to see the Disseny al Plat exposition which the auditorium will be hosting from Wednesday to Saturday until the 31st October. This is a display of craftsmanship, gastronomy, and design, showing the fusion between ceramics and gastronomy.

After discovering jazz and travelling to Italy and the Paris Opera, allow the auditorium to transport you to Japan through the performance of Taiko Hayato on the 3rd November. Don’t miss the chance to experience this energetic and sophisticated percussion show which has impressed audiences in over 25 countries. What’s more, this performance is included in the programme of commemorative events for the 150th anniversary of diplomatic relations between Spain and Japan.

The following day, the 4th November, don’t forget the entertaining theatre production of “5 y… Acción!” which is written and directed by Javier Veiga who also stars in the performance alongside other well-known actors such as Carlos Sobera, Marta Hazas, Ana Rayo, and Ana Cerdeiriña. This comedy about the world of television, cinema, and the desire to succeed will have you roaring with laughter as you escape your daily routine.

Also in November, for the fiestas honouring Saint Cecilia, Teulada offers three concerts organised by the Agrupación Musical Cultural de Teulada (AMCT). On the 10th November, you can attend the Chamber Music Concert with performances from soloists from the AMCT; on the 16th there is the Youth Band Concert; and to bring the fiestas to an end, the traditional Saint Cecilia Concert on the 17th of the month.

The schedule of events continues throughout December, starting on the 1st of the month when the Teulada-Moraira Auditorium will host Trobadores by actresses María Mas and Nydia Crespo. This event is the first of many in December, with other highlights such as Pirates of the Caribbean: The Curse of the Black Pearl by the UCAM Symphony Orchestra on the 15th December, which will transport you to the world of captain Jack Sparrow with a carefully designed set framed by a huge pirate ship, fencing and of course, music.

After this concert, give in to the Christmas spirit on the 21st December by attending a wonderful performance of Sleeping Beauty by the Moscow Ballet. Then, to bring the year to an end in style, the Alicante Province Youth Orchestra (OJPA), with the collaboration of the Alicante Provincial Government, invites you to their Christmas concert on the 28th December.

The schedule for 2019 also promises a huge variety of cultural events. Why not begin the year with a laugh by attending comedian Luís Piedrahita’s monologue on the 12th January?

The full programme of events taking place at the Teulada-Moraira auditorium enables you to enjoy a wide selection of cultural events close to your home in Cumbre del Sol Residential Resort, all year long. Get tickets to the event of your choice at the auditorium box office from Wednesday to Saturday from 11:00am – 1:00pm and from 6:00pm to 8:00pm; from the Teulada Town Hall (in the Espai La Senieta building in Moraira); or on the Teulada-Moraira auditorium website.

Don’t forget to keep an eye on our blog and follow us on Facebook to stay up to date with the latest events taking place close to Cumbre del Sol Residential Resort. 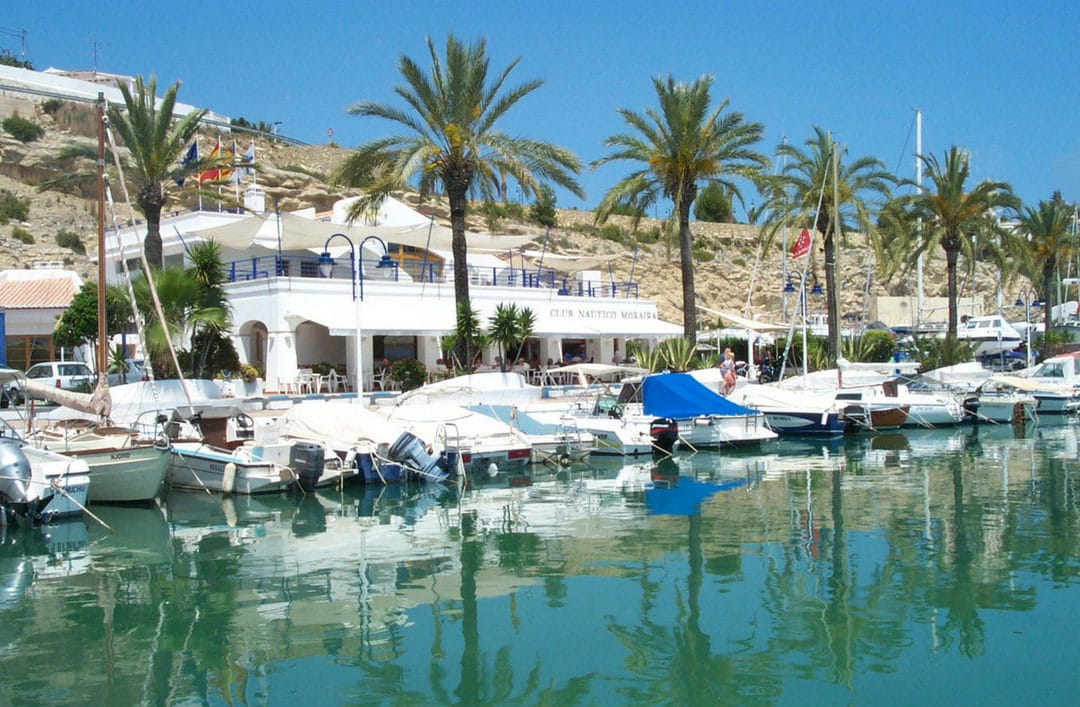 If you love the sea, visit Club Náutico Moraira

If you love the sea and water sports, just 15 minutes from Cumbre del Sol Residential Resort you’ll find Club Náutico Moraira, a non-profit organisation which has been open since 1985. Its mission is to promote nautical and sporting activities with a great deal of enthusiasm, professionalism, and passion for the sea, as well as the support of the 750 members.

Within the Valencian Community’s nautical tourism sector, Club Náutico Moraira is one of the best clubs when it comes to value for money. It has a team of 25 employees, with more in the summer, who are at the customers’ full disposal in the club’s different areas. The staff are true experts in port management and nautical services and speak several languages to offer the very best service to members and clients. 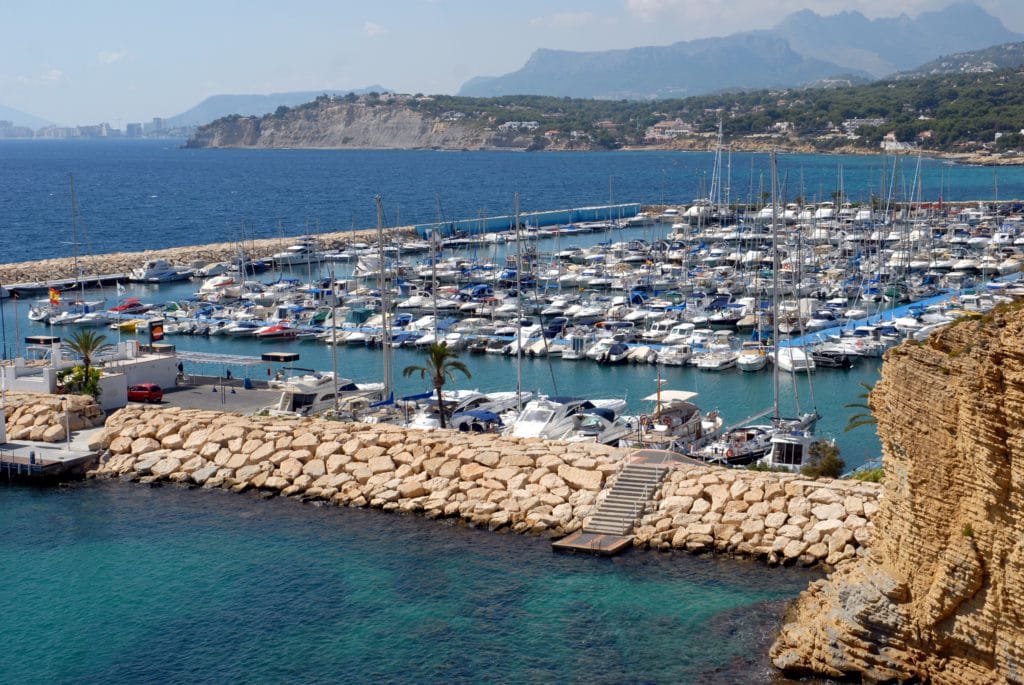 Don’t miss the excellent food in the club’s restaurant while you enjoy some unrivalled views of the port. It serves delicious Mediterranean dishes and has an outdoor terrace and chill out area which is ideal for warm summer nights.

If water sports are your thing, join the more than 400 students in the Sailing and SUP School which is in the natural setting of Moraira bay and offers first-class facilities and equipment. A group of trained and enthusiastic professionals are in charge and offer classes for adults and children from the age of eight. All classes can be taught both in English and Spanish to ensure a fun day for everyone, always keeping in mind the safety measures and seriousness required by the sea.

If you prefer to discover the sea from in the water, visit La Galera Diving Centre. They have extensive experience in diving, first diving experiences, and underwater routes, which are the perfect way to discover the sea’s hidden beauty with the support of highly qualified staff.

Throughout the year, the club organises different sporting events such as recreational fishing competitions, regattas, and the Spanish Powerboating Championship. According to Tomás Solano, director of Club Náutico Moraira, the most popular event is the Gourmet Race, a regatta in which all the participants are given an ingredient, normally a seafood product, and must cook a dish while sailing. Many internationally recognised chefs have taken the role of judge in the six editions of the competition, with distinguished chef Joël Robuchon, who has earned the highest number of awards of all time with a total of 38 Michelin Stars, standing out.

From the start, Club Náutico Moraira has been aware of the need to look after its natural surroundings. It was one of the first companies to obtain a Blue Flag for the cleanliness of its waters, and it meets the highest standards of quality in its boatyard management. “We are a company which is open to everyone and a driving force for development for the whole community. We want to carry on promoting nautical activities and sport with our members, collaborators, and clients” concludes director Tomás Solano.

Whether it’s to attend an event, try a sport, or spend an unforgettable day by the sea, Club Náutico Moraira is waiting to welcome you. 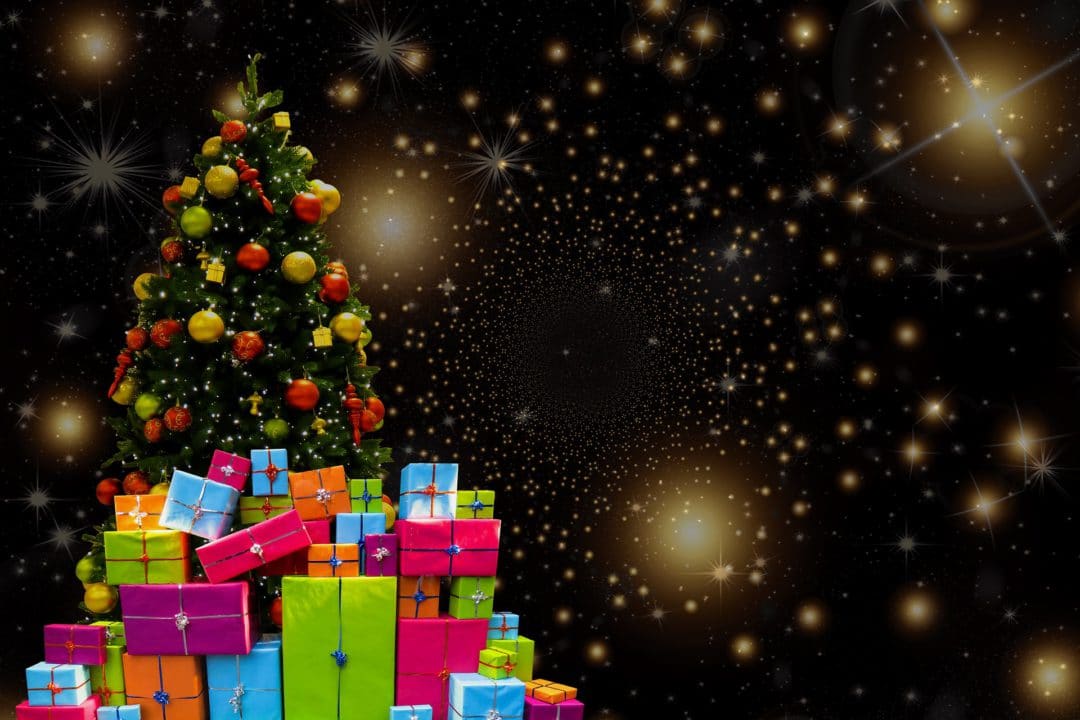 With the arrival of holiday’s season -besides enjoying the traditional nativity scenes and Christmas decorations – it is customary to celebrate the Christmas markets or Christmas fairs at the vast majority of the Costa Blanca North towns. You cannot miss the chance to assist to a Christmas market and enjoy typical candies of each town an check the charity boots, raffles, Christmas decoration sales, concerts, Santa Claus performances and many more surprises.

Check below a list of the Christmas markets and fairs to take place close to Residential Resort Cumbre del Sol, so you can’t miss them!

Poble Nou de Benitatxell: on Sunday 10 December. Keep tuned for a post in this blog fully dedicated to the Benitatxell Christmas Market.

Benissa: Christmas market on Sunday 17 December at the Church Sq. and surrounding streets.

Jávea / Xàbia: Christmas Fair from 6 to 9 December at the Old Town Streets.

Calpe: also celebrates a Christmas Fair in its Old Town from 6 to 10 December.

Altea: celebrates its Christmas Fair from 7 to 10 December. 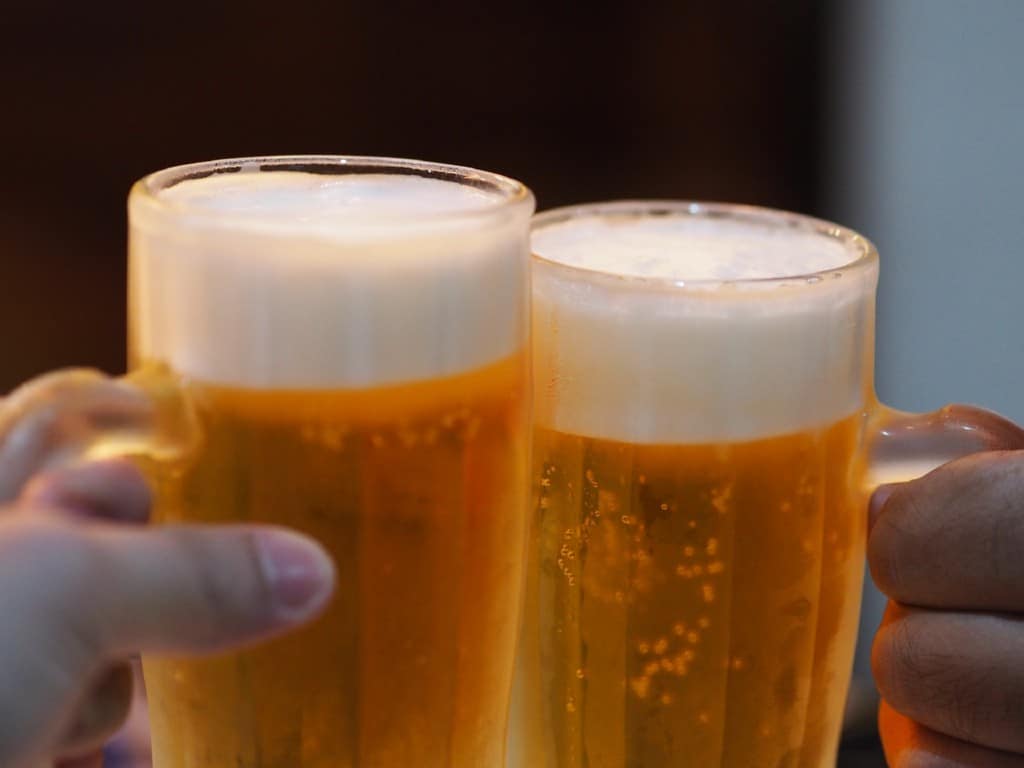 Once again, the Oktoberfest time has arrived to Calpe, and this time is the 30th anniversary of this festival in town, so Club Creativo Calpe organized a very special program of activities where the beer and the typical products of the German gastronomy are the main stars!

Bavarian and international music by the Steinberg Musikanten

Music beer parties hits from the last 20 years with Denise

Oktoberfest party with Manu and the Steinsbergers.

Bavarian lunch with traditional music and white sausage in the morning and music with the Steinsbergern at the afternoon.

Live music with songs by request of the public. Show performed by the Steinsberger and night of popular songs with Denise.

Oktoberfest hits from the last 20 years with the Steinsbergern. Raising beer mugs contest

Oktoberfest party with The Steinsberger and oldies but goodies from  years 70/80/90 with Denise. 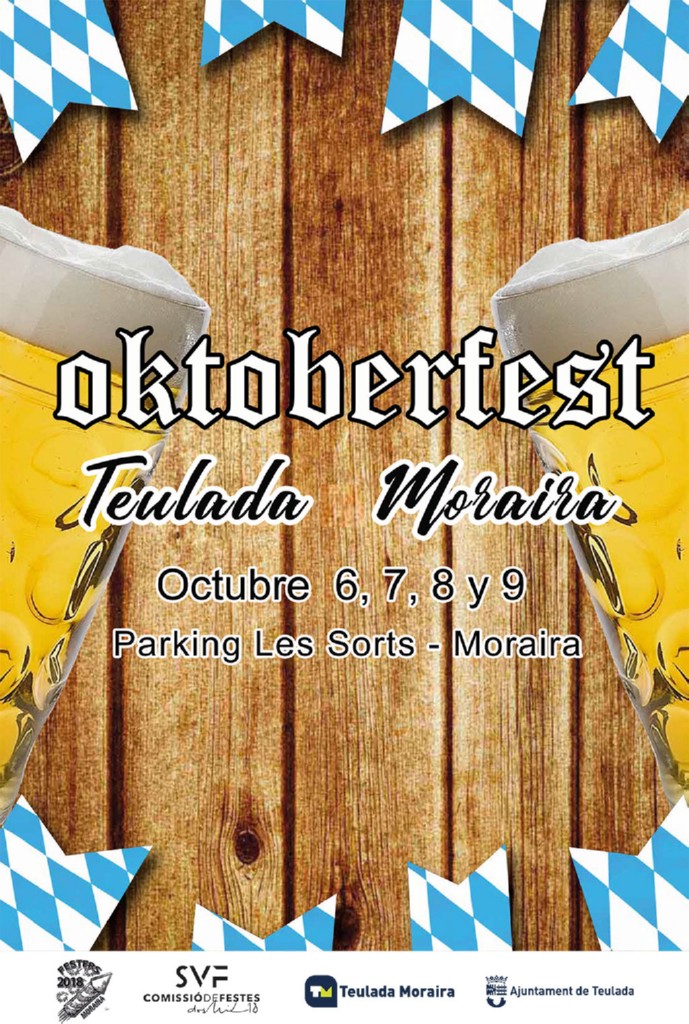 Everything is ready for the Oktoberfest Beer Festival to be held on 6, 7, 8 and 9 October at Teulada-Moraira! The marquee is all set at Les Sort car parking (Moraira).

During these four days, more than 3,000 liters of beer will be served, and entertainment is guaranteed with the performance of a German musical duo in the morning and afternoon, and a mobile DJ set on Friday and Saturday nights.

You may also enjoy typical German dishes such as bratwurst sausages, meatloaf in a bagel, roasted potato with fine herbs fresh cheese, pretzels with butter, potato salad and Sauerkraut among others.

See you at there! 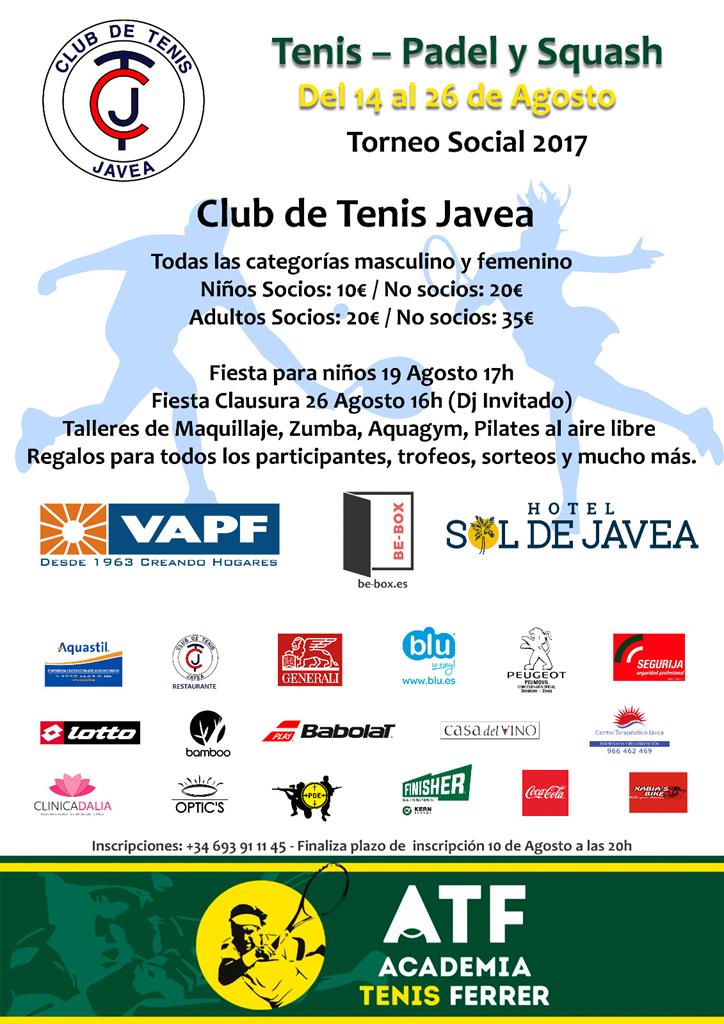 The Tennis Club Jávea is organizing its Social Tournament 2017 from 14 to 26 of August, and Grupo VAPF will be the sponsors and will hand over the first prize.

This tournament is opening competitions in tennis, paddle and squash disciplines, in both male and female categories, so if you want to participate you are still on time to enroll at the Tennis Club.

The children category award ceremony is taking place on 19 August with a pool party and many more surprises after 17:00 h.

The tournament closing party will be on Saturday 26 August from 16:00 h. with the adult categories awards ceremony.

Also, throughout the tournament there will be several workshops such as of makeup, zumba, aquagym, outdoor pilates, gifts for all participants, raffles and more.