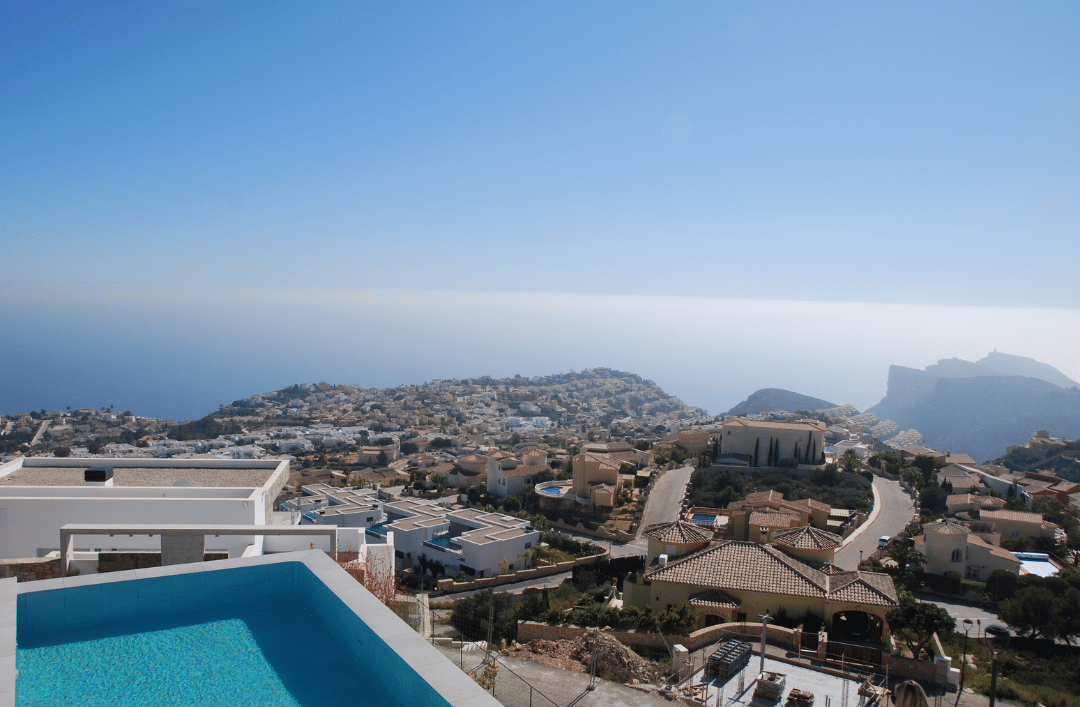 From Denia to Pilar de la Horadada: The Costa Blanca is a Mediterranean Paradise

244 km of coastline, 20 villages and an average annual temperature of 18 °C. The Costa Blanca is a paradise, and we know we don’t have to do anything to prove it! Still, we want to tell you about some of the peculiarities of this region and encourage you to visit its most emblematic places.

First of all, why the name Costa Blanca (White Coast)? There are different theories, but the most convincing one is clear just by observing the landscape. From the sky, the view of this coast is, as its name suggests, white. From its sandy beaches to the architectural aesthetics of its villages and white homes like those of VAPF. This white contrasts with the crystal-clear blue waters that further enhance the radiance of the coastline. Another theory attributes this famous name to British Airlines.  According to this theory, the airline used this name in 1975 to promote a flight between London and Valencia.

If there is one thing that stands out about the Costa Blanca, it is the geography. Have you heard of the Peñón de Ifach? This corner of the region, located in Calpe, is home to a natural park that is free to visit but does require reservations. From Residential Resort Cumbre del Sol you can reach it in half an hour by car, so it’s a great option for a day trip! 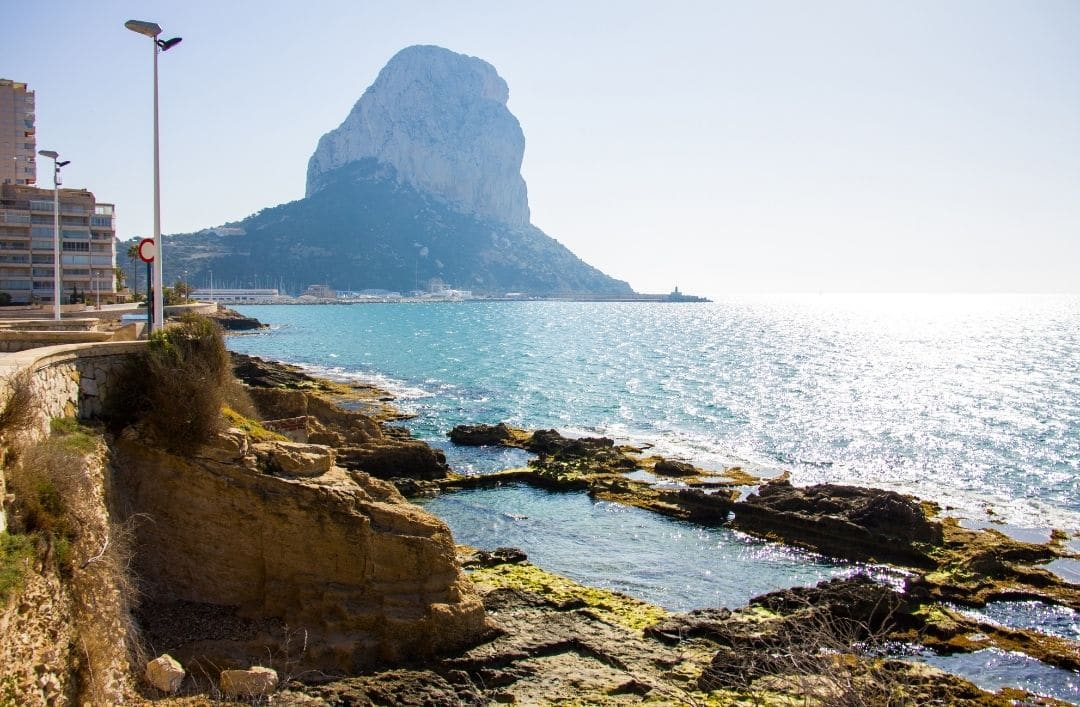 But Calpe is much more! Without going any further, the Baños de la Reina (Queen’s Baths) is next to the Salinas de Calpe. These are artificial pools that are carved into the rock and which contain a lot of history. Initially dedicated to aquaculture, today they make up one more historical attraction along the Spanish Costa Blanca. You can enjoy activities such as snorkeling to discover its underwater tunnels.

We were talking about the characteristic white color that washes the facades of the Costa Blanca. It’s not just Santorini or Ibiza that enjoy such views! Just a few kilometers from Residential Resort Cumbre del Sol, Altea stands as a white paradise. This town is beautiful from the outside but holds just as much charm on the inside. Its many monuments and landmarks show the passage of time and the mark that history has left on it. A good overview of all this can be experienced by taking a walk through the Old Town. It stands out for its preserved old town with its cobblestone streets, white houses and flowerpots. 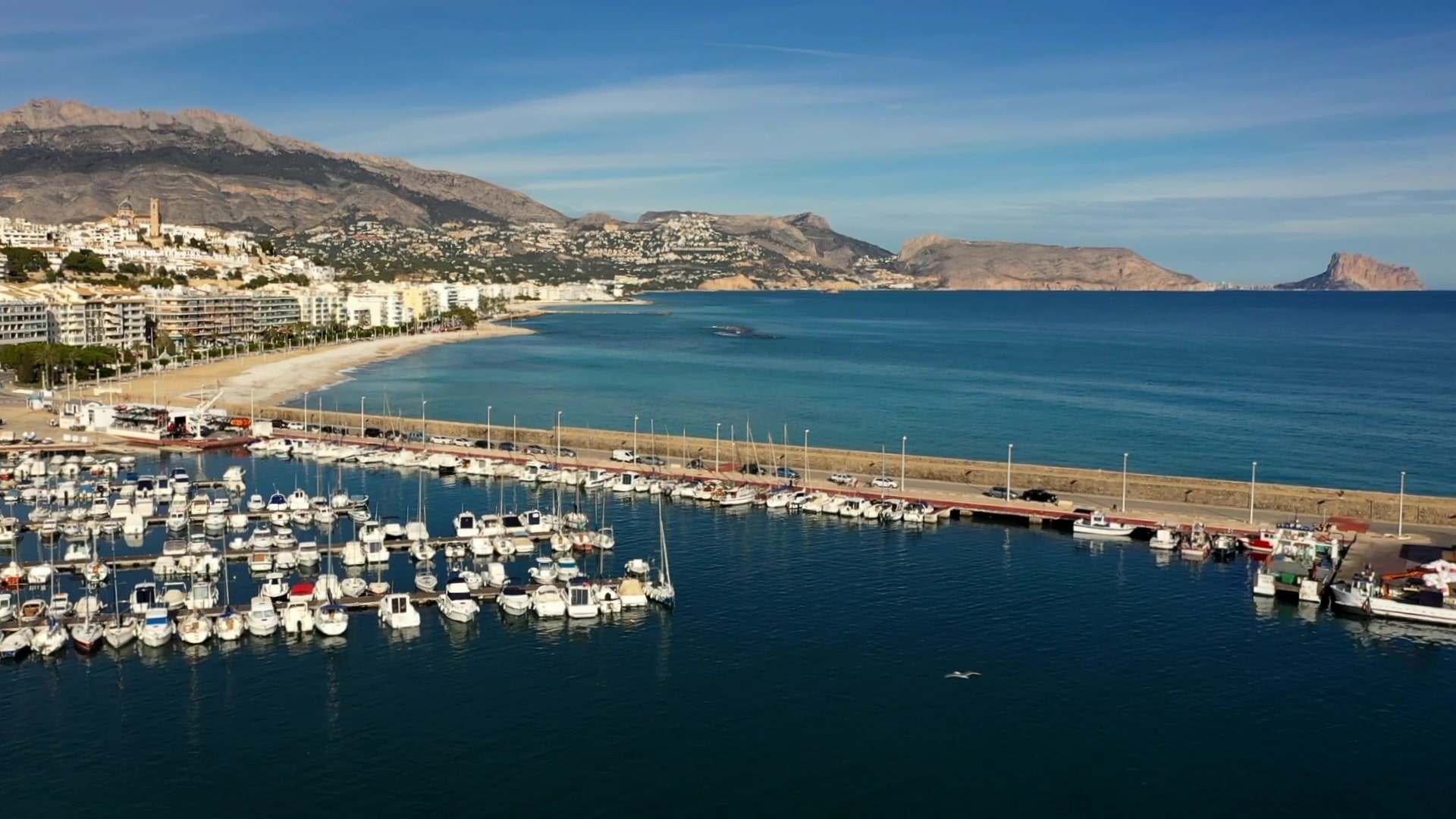 And if you are a history buff, you can head towards Denia. Just over half an hour’s drive from Residential Resort Cumbre del Sol, here you can travel through centuries of history in just one day! Denia Castle is home to Roman, Muslim and medieval Christian remains. These traces can be found all over the city, from the historic district of Les Roques to the Torre del Gerro. The latter is a watchtower-built centuries ago with the aim of controlling the coast and its visitors.

All this geography filled with history and incomparable natural landscapes offers many interesting hiking routes. In Denia, the Montgó natural park is both a landscape and a viewpoint from which to contemplate the Mediterranean Sea. The hiking trails are only part of the many routes that can be done from Cumbre del Sol. One can also enjoy them cycling, scuba diving, etc…. there is no time for boredom!

So you can see that your life at Cumbre del Sol is filled with plans surrounded by nature and full of history. And for more suggestions, don’t hesitate to visit our blog and follow us on Facebook and Instagram – you too can be part of the Costa Blanca! 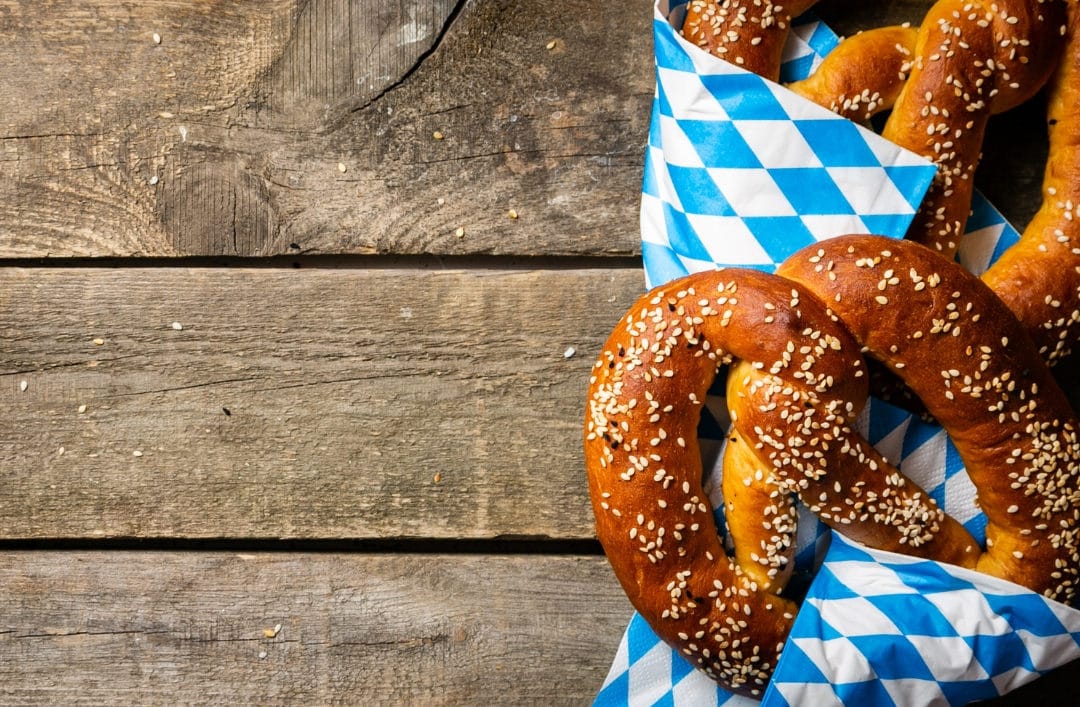 Spain’s most authentic Oktoberfest is on the Costa Blanca

The Costa Blanca is home to people of many different nationalities, something which can truly be appreciated in the multicultural Cumbre del Sol Residential Resort. As a result, a whole range of customs and special days from a variety of countries are celebrated here. For example, did you know that one of Spain’s most famous Oktoberfests is held in Calpe?

This event, also known as the October festival or Beer festival, originally began in Munich in 1810, with the wedding celebrations of Prince Ludwig I of Bavaria and Therese of Saxe-Hildburghausen. People loved it so much that the event was repeated year after year, eventually becoming a tradition and spreading to other countries. On the Alicante coastline we are lucky enough to host the most original replica of the event in Spain, Calpe Oktoberfest, which is organised by the Carnival Club of Calpe. It began in 1987 when a group of Germans who lived in the area decided to celebrate their country’s event, and in time became a tradition in Levante which welcomes over 10,000 people each year! This year, from the 24th October to the 4th November, the municipality will drink 30,000 litres of beer and dance the polka in an enormous tent set up close to the Tennis Club.

Soak up German culture at an event that is sure to leave a lasting impression. There will be typical Bavarian food – such as pork knuckle and sausages – as well as a wide selection of imported beers. And, thanks to live music from Steinsberger, the fun is guaranteed! There will also be a range of other activities like open-air dances, folk performances, tastings, and competitions as diverse as beer carrying, lumberjack tests, or milking cows… Without doubt, the best of all is the paella contest, a clear example of the wonderful fusion of the German and Spanish cultures. What could be better than enjoying a delicious paella under the Mediterranean sun… accompanied by a nice beer? Make a note in your calendar and enjoy the true German spirit at this event. We guarantee maximum fun from the word go, when the first barrel is opened by the mayor with a cry of “O’zapft is!”.

If you want to stay up to date with events and news from Cumbre del Sol Residential Resort and the surrounding area, keep an eye on our blog and social media channels! 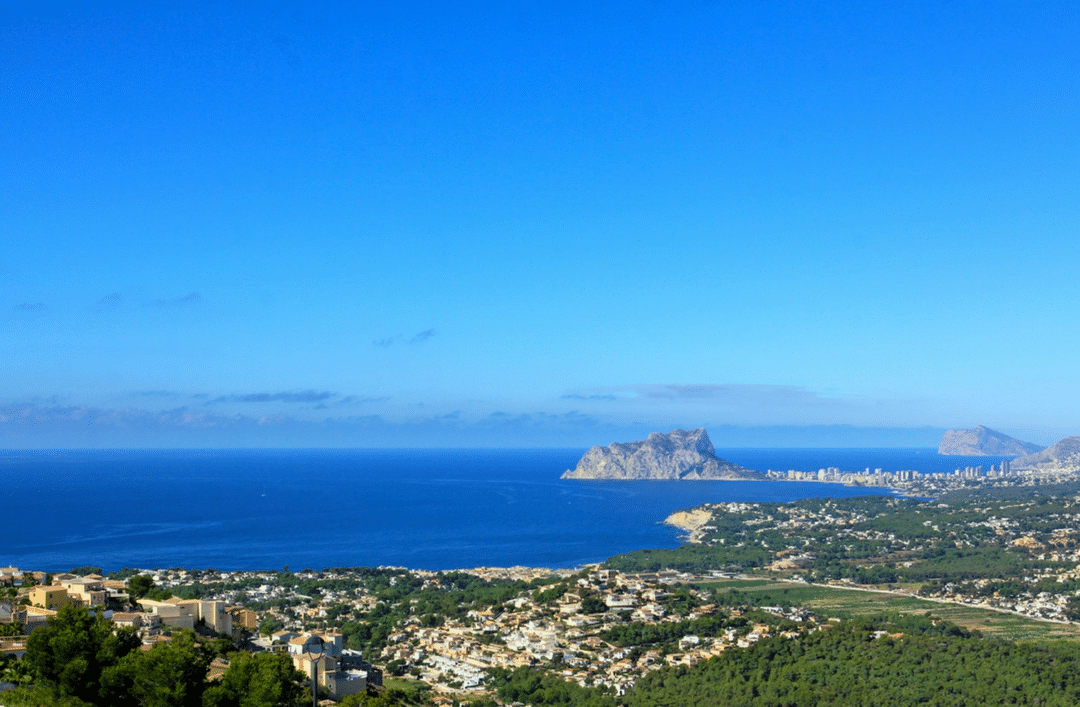 Living in the Cumbre del Sol Residential Resort is a paradise for the senses. It is the ideal place to enjoy the house you’ve always wanted – high-quality materials and design, and spectacular sea views which are sure to leave a lasting impression.

If you want to make the most of the summer like never before, while discovering the culture and activities on offer both in Benitatxell and the neighbouring towns, today we bring you a list of events close to the Cumbre del Sol Residential Resort that you won’t want to miss.

During the summer months, Benitatxell offers a wide variety of activities: both cultural and related to nature. Firstly, in July and August, you can go on a guided walk: one full tour on which you’ll be able to learn about the history of the area, which takes place on Thursdays and Saturdays at 9am; or another, which runs along the cliff, on Friday afternoons. Both routes are two and a half hours long.

Secondly, in Benitatxell, every Wednesday in August there will be a cinema screening in the Plaza de la Iglesia at 10pm: see the schedule here.

For wine lovers, there’s the unique experience of collecting Muscat grapes with your own hands while observing the sunset from the vineyards, before bringing the day to an end with a delicious al fresco dinner made using products from this region. These routes take place in English, Spanish, and Valencian.

If you’re a fan of the sea, don’t miss the 23rd Open Water Swim in the Puerto de Moraira on the 29th July. You can either take part or simply enjoy the swim as a spectator: it starts at the El Portet beach at 9:30am, with different categories from Youth to Master Plus.

In Moraira, from the 9th to the 12th August, there will also be a medieval market where you can find traditional and artisan products.

For those searching for a sports-related plan, in August there’s the tournament organised by the Javea Tennis Club, of which VAPF is a sponsor. 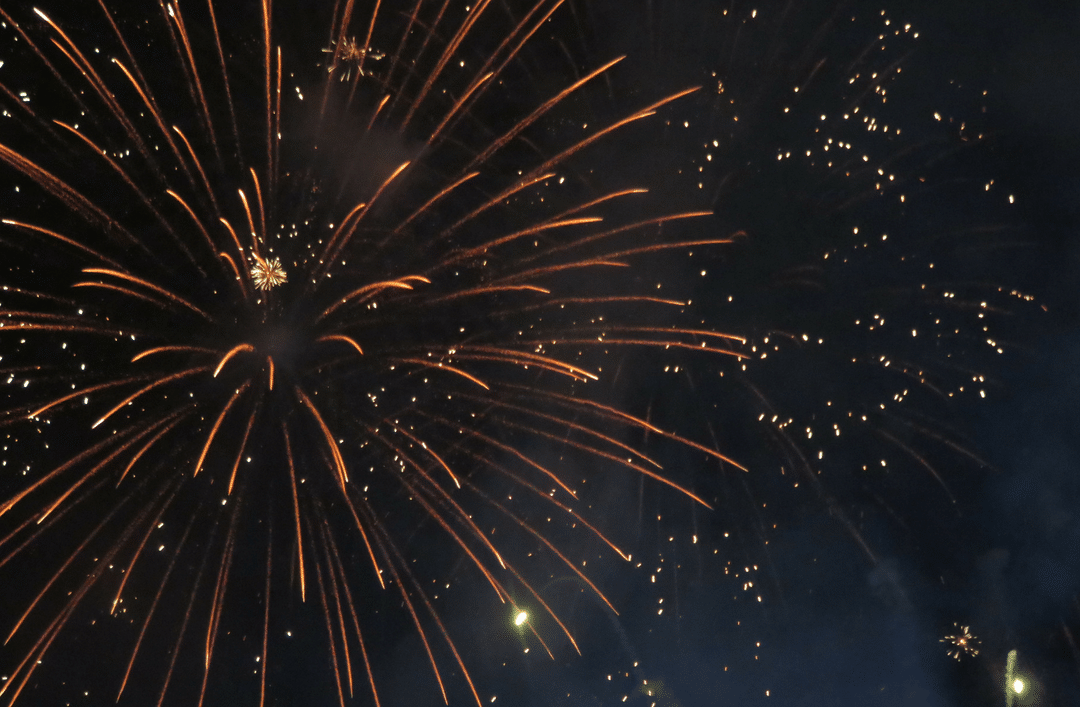 A unique event that’s full of light and colour is the Castell de l’Olla, a firework display which takes place on the 11th August in Altea. Enjoy the explosion of colour to the rhythm of the music and against the backdrop of the sea and night sky. This is a unique event which has been going on almost 30 years, becoming a tradition in the area.

Lastly, there are several events for you to enjoy in Cumbre del Sol: in July there’s the Belgian National Day on the 21st, and the Classic Car Rally on the 29th. See you there!