The Islands of Alicante – Natural Beauty in Cumbre del Sol 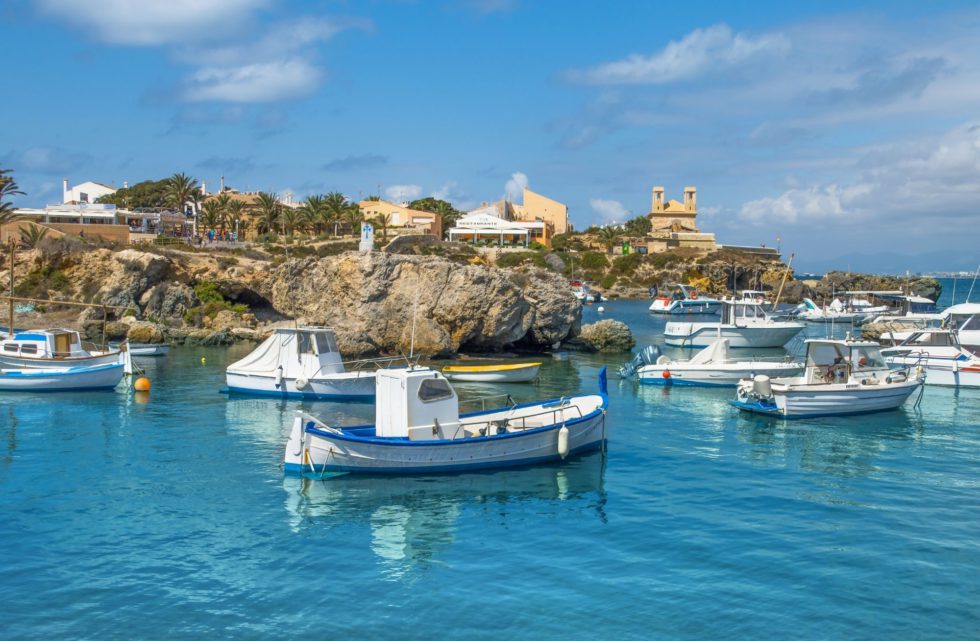 Is there a way where you can explore virgin coves, discover myth and history and at the same time learn about the region’s flora and fauna? Visiting the islands of Alicante allows you to do all this in one go. These islands are a treasure chest full of surprises. In this article, we’ll tell you about four islands in Costa Blanca.

Tabarca island is the only island on this list with a local population. The easiest way to get there is from the Santa Pola Port on a catamaran. Arriving at the port, you’ll discover beautiful crystal clear waters that are so inviting you’ll want to take a dip. In this marine reserve, you can swim and dive, watching the fish in their natural habitat. A day of snorkelling and laying on the beach is a day sure to awaken your appetite, but don’t worry because on this island you can go to one of its restaurants and enjoy a delicious rice dish. 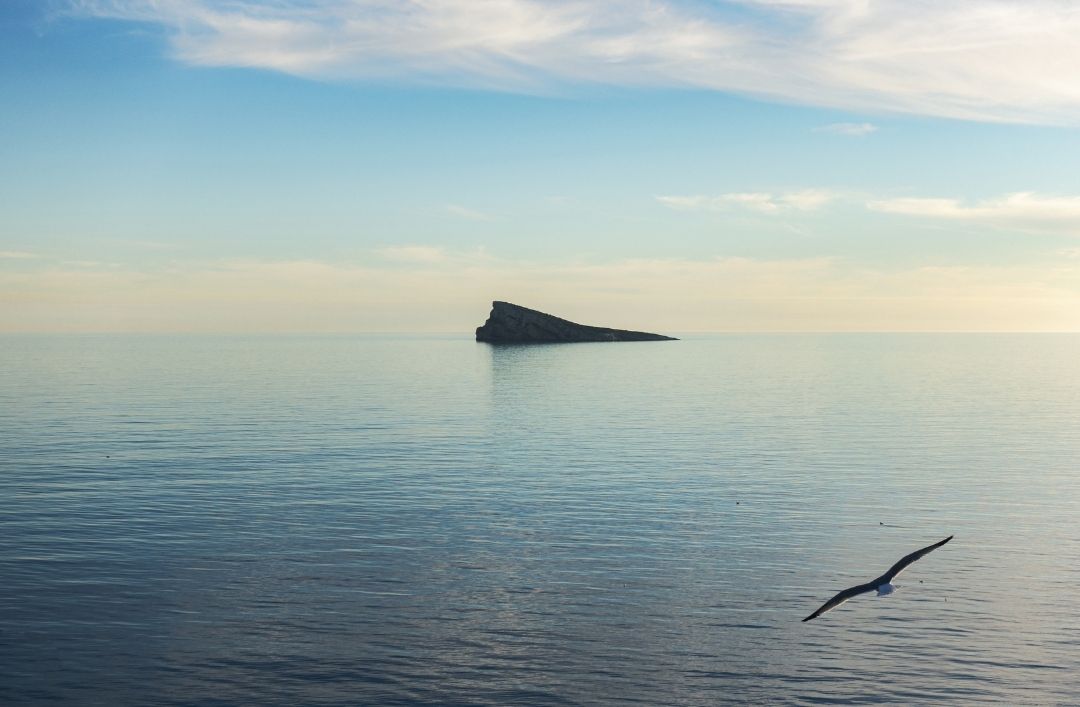 The island of Benidorm does have a local population, but of a different kind – sea birds land here to fish and to rest. If you love bird watching, on this rock you’ll be able to see all types of species from peregrine falcons, pallid swifts and the Sardinian warbler, amongst many other species.

But the surprises about this island don’t stop there. There are many different legends and fables about how this triangular hunk of rock came to be in the sea. One story goes that the giant, Roldan, carved a piece of rock out of the Puig Campana mountain so that the last rays of light could pass through and shine on his lover for longer, who was cursed to die after sundown. That is why the island of Benidorm is also known as Roldan’s rock. This island Is the best place to be for those who want to have some fantastic views of the Benidorm skyline.

Would you like to visit? You can easily access the island from the port of Benidorm and the Rincón de Loix. Boats leave every hour starting from 10am. 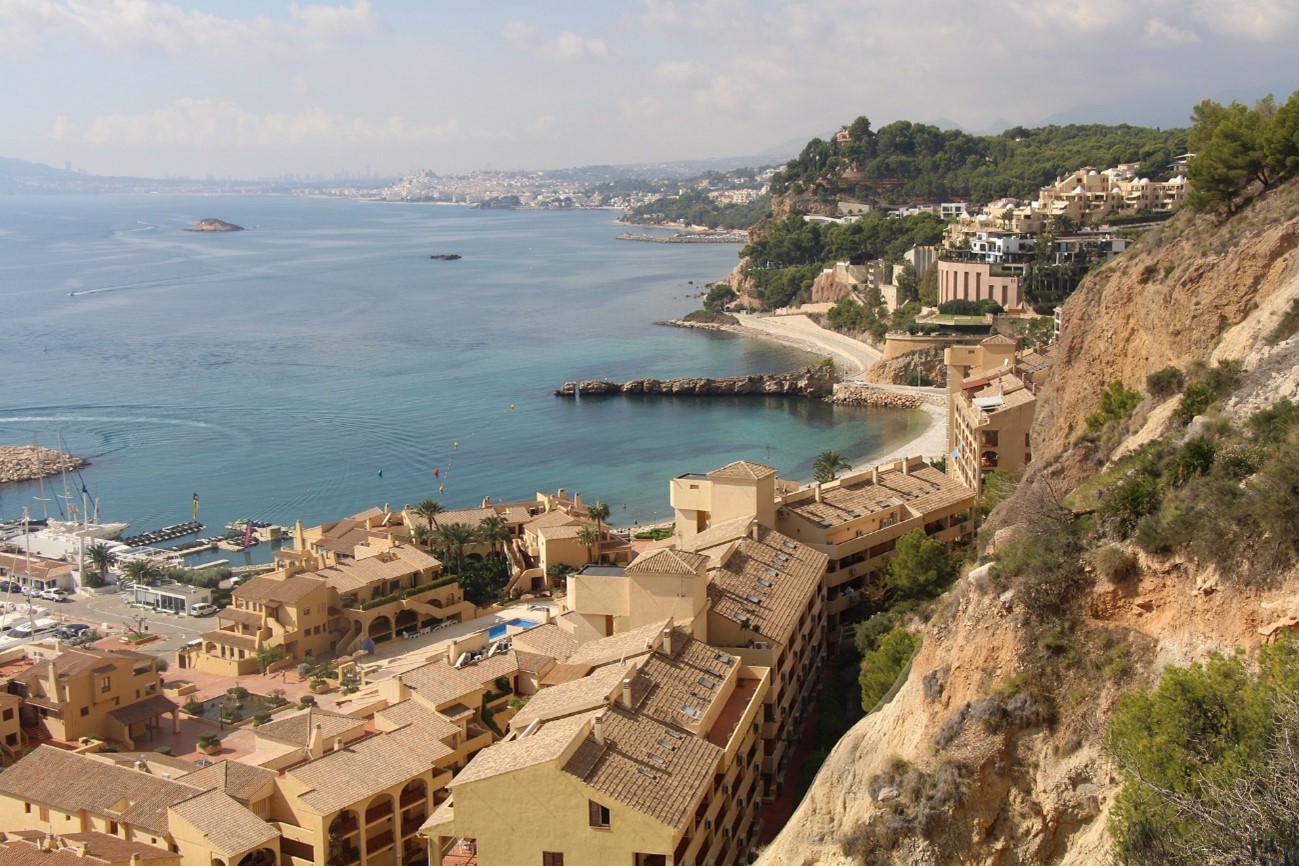 The island of Portitxol is just in front of the famous Barraca beach in Jávea. On this island, you’ll be able to find archaeological remains from when the romans used it as a port. Here’s a fun plan: go on a small hike around the island trying to find foundations of roman columns, Phoenician ceramics and marble pavements. Don’t let its size fool you! This small island hides great treasures waiting to be found.

The name of this island (Explorer’s Island, in English), according to popular belief, is said to be named after a local sailor that was part of Christopher Columbus’s crew. Whether it’s true or not, what is sure is that this island is the perfect place for those who love scuba diving. This is your chance to swim with the animals that inhabit the sea floor that’s full of surprises! From a wall that’s full of anemones and colourful sponges to a small cave called the “Dolphin’s cave”. In it, you’ll the remains of a dolphin resting in the water there. And the best yet is that it’s all close to Cumbre del Sol.

If you go on a day trip to one of these islands, here’s some advice. I f you want to make the most out of what these islands have to offer, it’s best to go in autumn and winter. And don’t be afraid of the weather, the climate in Costa Blanca is pleasant all year round! So, you can visit these islands peacefully and enjoy the natural world away from the throngs of people. Our recommendation is to prepare a picnic to take with you so you can spend the whole day exploring the island you choose.

Sounds interesting, doesn’t it? If you want more recommendations for what to do in Costa Blanca, keep up to date with our blog and don’t miss out!