Live in Cumbre del Sol and connect with nature

The Cumbre del Sol Residential Resort is a paradise for the senses, not just because of its proximity to the sea and impressive views of the Mediterranean, but also its strategic location for nature lovers and all those who want to enjoy the outside world as much as they can.

From Cumbre del Sol, you’ll have a wide variety of options through which to connect with nature. There are cycling routes, activities such as diving, and various hiking routes. It also enjoys close proximity to Granadella Natural Park, a location that any nature lover would be glad to have nearby.

In terms of cycling routes, there are several options with differing levels of difficulty. One of the most popular routes, which is suitable for beginners, is known as the Abiar-Los Molinos route. It’s ideal to do with the family, since it enables you to discover the wonderful landscapes in the zone furthest from the coastline. On this route you’ll see the fields of vineyards and other crops, as well as typical agricultural constructions such as riuraus. This route is circular, starting and ending at the Calle del Mercado, is 6km long, and normally takes around 30 minutes to complete. 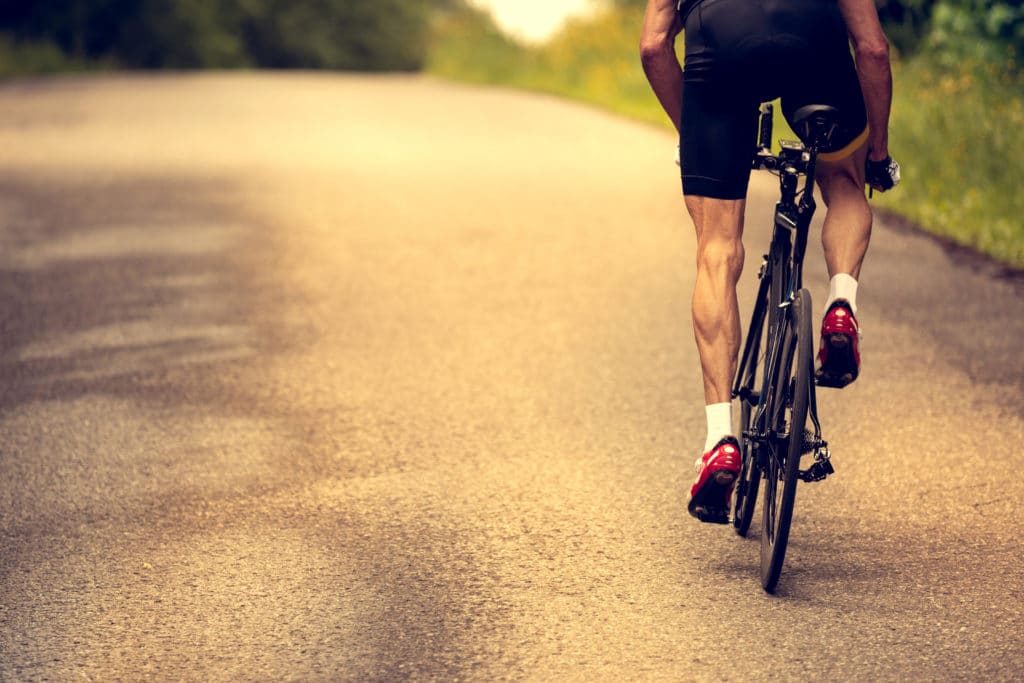 Another of the cycling routes in the area is known as Calistros. It is fairly similar to the previous route, though of a shorter distance: it is 3.85km long and takes around 20 minutes. The starting point for this route is also at the Calle del Mercado, and it is circular, ending at this same location. This route is close to the town centre, and allows you to discover the area’s rural surroundings.

More experienced cyclists will enjoy the Puig Llorença Route. This route is 9.4km long, with an approximate duration of 90 minutes. The difficulty comes from the steep incline, but the route is worth doing since it’s the perfect excuse to enjoy the coastal area by bike while you admire the huge cliffs. This route begins and ends in the same place as the previous two.

Here at VAPF Group we’d like to remind you of the importance of respecting, whether we’re walking or cycling, both other people enjoying the routes as well as the fauna and flora we find on our way.

This part of the Mediterranean Coast is well known for its underwater beauty, and there are different snorkelling and scuba diving routes to go on here. One of the snorkelling routes is found in the cove at the Playa del Moraig beach, where diving fans will be able to enjoy the different species of animals in the area: the Ornate wrasse, sea urchins, and even sea bass. Another possible route is in Cala Llebeig, considered one of the most beautiful coves along the Costa Blanca coastline. On this easy route you’ll find marine species such as sea bass and striped seabream. One of the most famous snorkelling routes in the area is known as Testos, since it is in the cove of the same name. The difficulty level is medium, and you’ll have the chance to see species from starfish to fish such as the sargo. 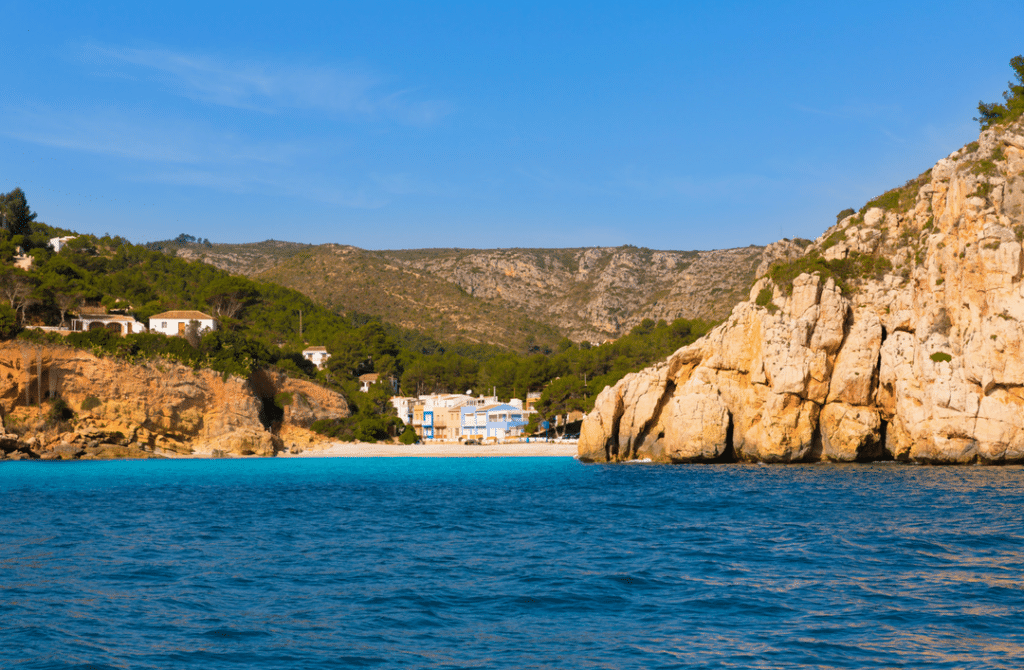 If you’re a more experienced scuba diver looking to go on an underwater route, there’s the one at Raco de I’illot, inside the Cova del Arcs cove on Moraig beach. Experts advise choosing to go in the afternoon when there is shade in the area, with the use of a torch. 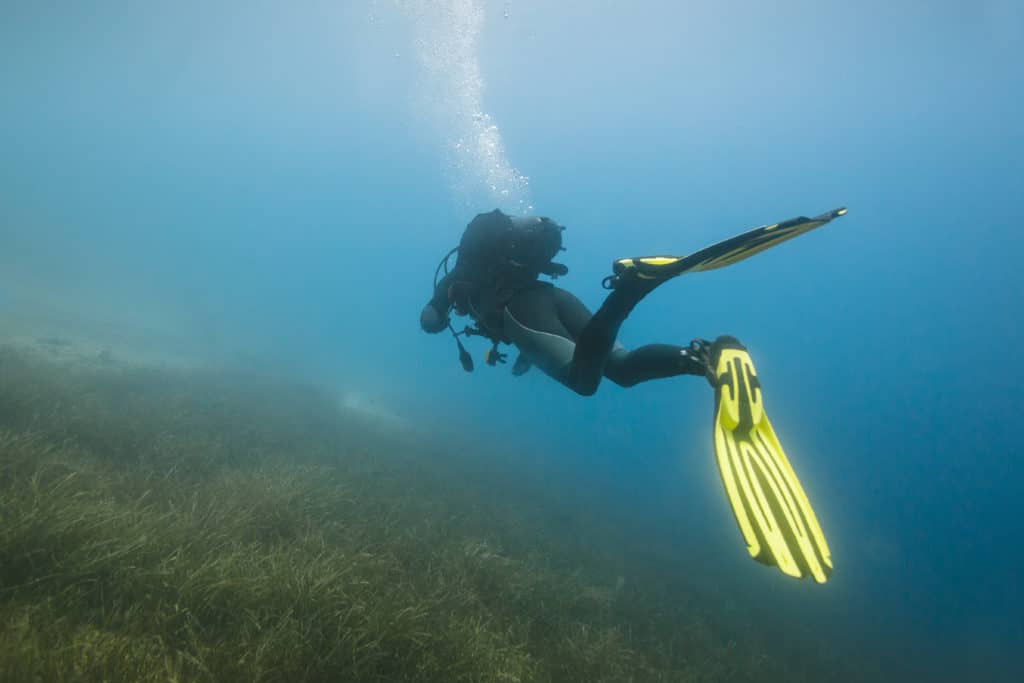 Hiking lovers can also choose from a variety of routes on which to connect with nature. The most well known is undoubtedly the “Ruta de los Acantilados” or “Cliff Route”. This trail is ideal for enjoying the spectacular sea views as well as discovering the old caves used by fisherman. It’s linear and takes around an hour, so completing the walk and returning to the same starting point would take around two hours in total. The route is 4km long and begins from the car park above Cala del Moraig. Another option is the Falla del Moraig route, whose name comes from the monument at the end of the trail. On this walk, which is only 276 metres long, the most spectacular feature is the chance to see the entire Moraig beach with the Cap de la Nau in the background. A difficult route, the ruta dels Testos, takes place in what is known as the Barranc de l’Infern. The distance of this route is 500m one way, and if we take into account the return journey, it would take around 40 minutes to complete. On the last section of this route, it is necessary to use ropes to make the final descent safely. The Abiar-Abastros route is fairly similar to the one mentioned previously which is completed by bike, though on foot it would take around two hours.

To connect with nature, there’s nothing purer or more special than a walk through Granadella Natural Park, within easy distance of Cumbre del Sol. A true paradise for the senses and the perfect place to breathe in the fresh air and indulge in your love of the Mediterranean Sea views.