As much as 40 companies, shops and restaurants will meet in the ninth edition of “Nuestro Comercio” Trade Fair to be held from 6 to 9 December in a tent located at “Les Sorts” parking lot of Moraira, where everyone can enjoy fashion shows, product tastings, musical performances, exhibitions and workshops among other activities.

Besides the exhibitions, there will be several activities in the framework of the Fair including “Moraira Park” (Children amusement park), Quads and Buggies rental  with “Moraira Quads MultiAdventure ” and, from Thursday to Saturday, the children can hand over their  letters to Santa Claus himself.

END_OF_DOCUMENT_TOKEN_TO_BE_REPLACED

Take part on the 2012 Christmas Market

Would you like to take part  in the Benitachell’s Christmas Market 2012? You already can register in this street seasonal market organized by the City of Poble Nou de Benitachell and is scheduled for Sunday 9 December. The Economic Development and Festivals Councils planned a full day with activities for all ages as a kickoff for the holiday season.

There is a very special schedule planned for this year aimed to repeat the success of last year market. The trade fair will offer a wide variety of products displayed in the stands located in the Mayores and José Antonio Streets. The entertainment will be on charge of several musical performances, children plays and musicals,  arrival of Christmas cards loaded in the bags of  the Christmas “burreta” (dorkey) and many other activities from 10:00 and 17:00 h.

END_OF_DOCUMENT_TOKEN_TO_BE_REPLACED 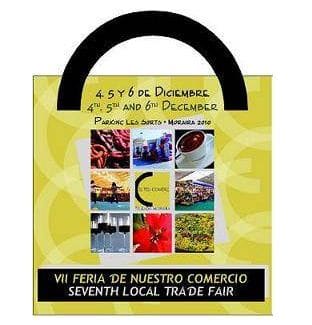 For another year, Moraira celebrates the VII Nuestro Comercio Fair. It will take place from December 4th to 6th in a tent located on Les Sorts parking area. To date, 50 companies from Teulada-Moraira have confirmed their attendance.

The fair is organised by AECO, the Teulada-Moraira Businesspeople and Shopkeepers Association, in collaboration with the Public Works office of the Town Hall.

The VII Nuestro Comercio fair will open its doors on December 4th at 11:00 h. Local authorities will attend the event. The event schedule will include:

END_OF_DOCUMENT_TOKEN_TO_BE_REPLACED 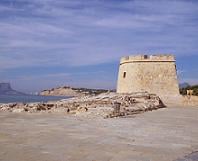