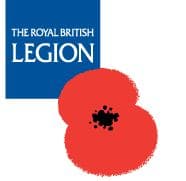 The Alicante Provincial Government together with The Royal British Legion is organizing a charity concert at the Auditorio Provincial de Alicante (Provincial Auditorium of Alicante) to be held on Saturday 2nd April.

The Royal British Legion is a non-profit association which provides socio-economic and emotional support to British soldiers and their families, including those currently living in Spain and especially in the coast of Alicante, where a large British expatriate colony is based.

The day of the event will be held two functions (at 12:00 and at 19:00 h.) on the occasion of commemorating the 90 anniversary of the founding of the British charity organization.

This will be the first time that an event to benefit the foundation will be held outside the UK borders.