We have news about something previously mentioned in the blog of Grupo VAPF back on 12th September 2010 and on 23rd August 2010 Grupo VAPF worked hard on the creation of a new DVD about Cumbre del Sol residential estate. Now it is ready.

This video brings you closer to the estate as it is now. The excellent images on high definition and the impeccable production was a product of the intervention of film professionals.

The video has audio in 5 languages.

END_OF_DOCUMENT_TOKEN_TO_BE_REPLACED 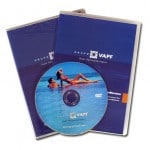 Filming for the new dvd of Cumbre del Sol

Grupo VAPF is preparing a new DVD of Cumbre del Sol Urbanization with updated pictures of all the developments and of the North Costa Blanca coast.

For this purpose they have been filming the urbanization, arousing the interest of all residents of the urbanization, especially during the days the filming was carried out with the light aircraft and the day they took shot of the Moraig beach.