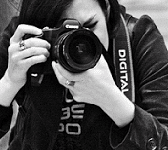 The complete rules can be viewed on the Teulada-Moraira tourism website, www.teulada-moraira.es, although they anticipate that the registration for the competition is free and a maximum of five photographs should be submitted in digital format, full colour, originals, not previously published in any media or disclosed on private websites or similar formulas, nor have won any another contest and should not incorporate items produced by others.

The theme will focus on the world of holidays: landscapes, people, landmarks, nature, original pictures, fiestas … in general everything worth capturing with a camera when travelling or on holiday in Teulada-Moraira. Those interested in participating have until October 31st, 2010 to present the photographs. The first prize is 200 Euros.