Upcoming races and activities at the Moraira Yacht Club 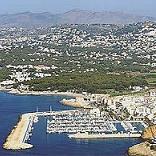 The Moraira Yacht Club has a full agenda of activities and races for the coming months, we include information about the next two appointments.

XIV Treasure Hunt, a new edition of the diving competition will take place on Saturday 28th of August 2010, which is expected to involve all underwater sports enthusiasts, to participate you must previously register, the deadline for inscriptions is the 26th of August 2010.

Trofeo 5 Clubes 2010, the 5 Club Trophy 2010, co-organized by the yacht clubs in Calpe, Campomanes, Altea and Moraira. On the 12th of September at the Moraira Yacht Club the second test belonging to the Autumn season 2010 will take place, the race is held the weekend prior to the start of the Regata de la Amistad Moraira-Sta. Eulalia that celebrates this year its fifteenth edition.