The Vuelta a España returns to Cumbre de Sol! 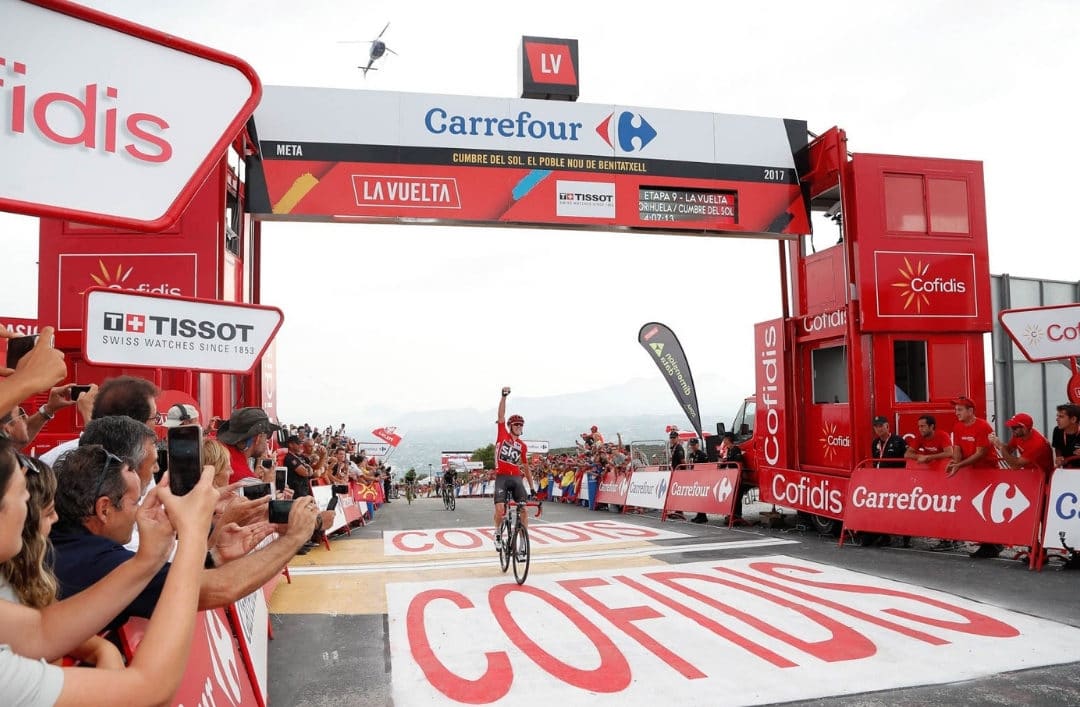 The Vuelta a España has revealed the route for their next edition, which will be returning, for the third time, to Cumbre del Sol. So, cycling lovers in the area have a date for their diaries: the 25th August.

Stage 2 of the Vuelta 2019, which begins in the locality of Benidorm and ends in Calpe, includes a stretch in Alto de Puig Llorença, in Cumbre del Sol. Unlike in previous years, on this occasion the cyclists will not ascend to the highest point of the mountain (400 metres) but will cycle up to 340 metres to then continue on to the city of Peñon de Ifach.

The climb up Alto de Puig Llorença to the highest point has been the end of this stage on two occasions, while in 2019 it will be an important section which will separate a peloton which has already travelled a great distance.

With just two appearances in the Vuelta a España, Cumbre del Sol has already become a legendary setting within the Spanish round; the cyclists who pedalled to victory in El Poble Nou de Benitatxell are highly successful: Tom Dumoulin and Chris Froome.

The victory of the Dutch national, in 2015, took place after an exciting final in which three cyclists (Joaquim Rodriguez, Chris Froome, and Dumoulin) were almost neck and neck with only 100 metres to go. Just when it appeared that British Froome would take the victory, Tom Dumoulin snatched it away at the last moment.

Two years later, in 2017, winner of four Tours Chris Froome showed that he had come to win. He led for 19 days of the 21 in total and in Cumbre del Sol he achieved a memorable triumph, reaching the line alone after a change of speed in the last kilometre.

With these events to look back on, we know that the Vuelta’s journey through Cumbre del Sol will bring us an exciting day of cycling. Here at VAPF, we already have the 25th August marked on our calendars!