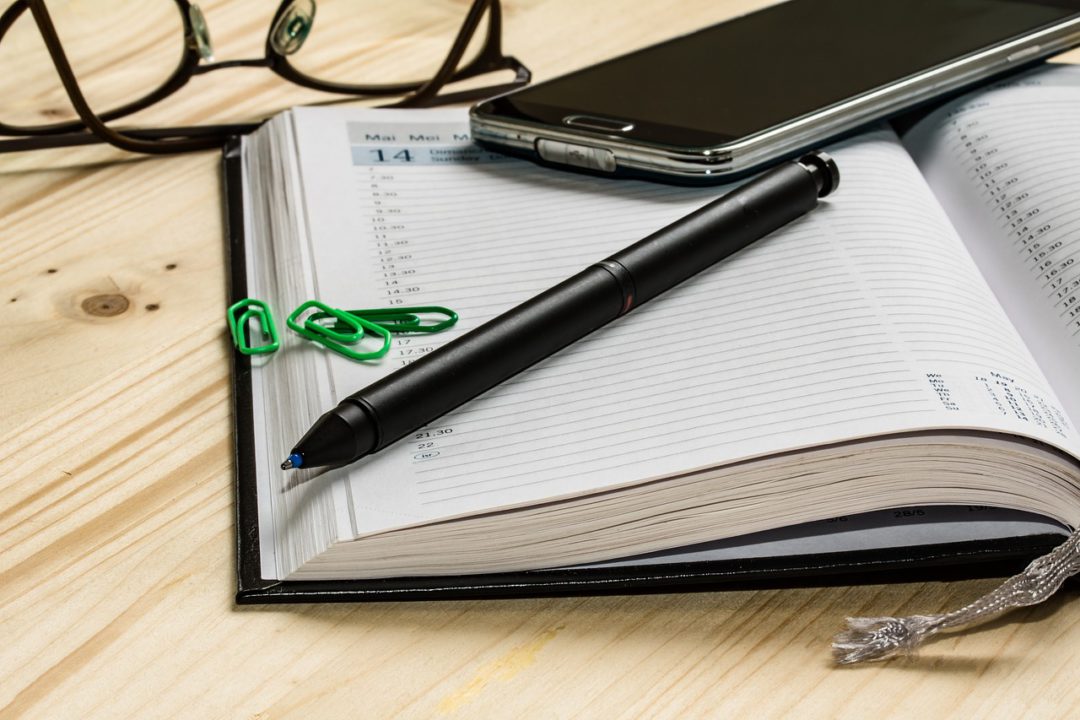 Activities this weekend in Jávea

One of the advantages of the Residential Resort Cumbre del Sol location is undoubtedly its location along municipalities with plenty of touristic and cultural activity such as Jávea / Xàbia, Teulada-Moraira and -of course- Poble Nou de Benitatxell, a location that allow you to enjoy a lot of activities throughout the year.

Today we want to share with events scheduled in Jávea for this weekend:

Concert in honor of Santa Cecilia ti be performed by “5fanBrass” brass quintet. The concert will be held at 20:00 h. at the Conservatory of Music. Free admission.

Presentation of the book “Los límites del universo” (“The limits of the universe”) at 20:00 h. at Casa de Cultura. This book is part of the “Un paseo por el universo” (Collection “A walk through the universe”) of the RBA publishing house. Miguel Àngel Sanchis (author), Adolfo Azcárraga and Vicen Martínez will speak. Event organized by Meridià Zero

Concert of the Band of the Xàbia’s Artistic Musical Center. This will be the last act in honor of Santa Cecilia, patron of the musicians. The concert will be held at 22:00 h. at the Church of San Bartolomé.

Hiking day at the Sierra de Migdia mountain range. Event organized by the CEX with the collaboration of the Regidoria d’Esports. 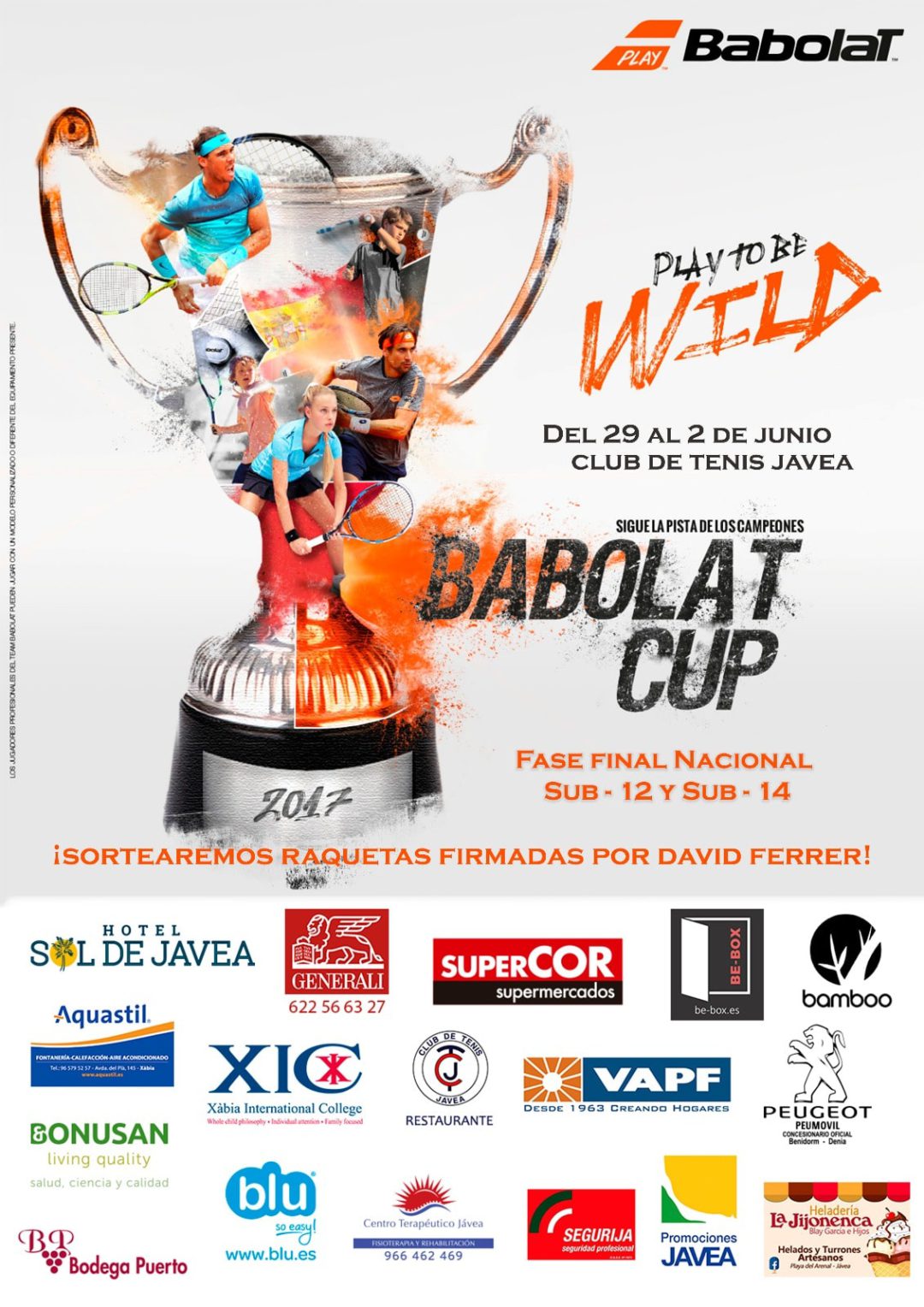 From 29 May to 2 June will be held the Babolat Cup at David Ferrer Tennis Academy – Jávea Tennis Club, an event sponsored by Grupo VAPF among others.

Babolat Cup winner will have a direct place in the European Junior Championship and is taken in consideration for the selection of the “Summer Cup” Sub-12 team members. The tournament is taking place at the David Ferrer Tennis Academy and it is expected the participation of 96 players male and female players in the sub-12 and sub-14 categories.

There are several events scheduled in the framework of the tournament, including a training day led by David Sanz (Director of the Master of the RFET), aimed to coaches, parents and players. Also Javier Ferrer (David Ferrer brother) will give lecture on tennis aimed to young athletes.

Grupo VAPF –developer of Cumbre del Sol residential estates- is delighted to be one of the sponsors of the Babolat Cup and to support this sporting discipline. 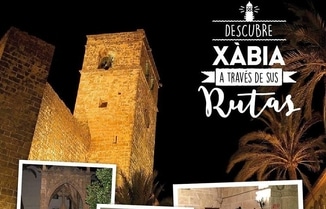 Let’s walk around Jávea! The good weather also brings several open air activities like walking guided tours around town to know its gastronomy, culture and history as we show you below:

Gastronomic crawling in Jávea on Tuesday 16 May, offering a guided thematic tour –conducted in English language- where you can enjoy local delicacies and visit the Municipal Market and the Soler Blasco archaeological and ethnological museum on the same day. The tour is kicking off at 17:00 h. Advanced registration is required at any tourist office of Xàbia. Activity price: 10 €.

Xàbia’s Black chronicle: “The attack of 1812”. Dramatized guided tour around the Old Town. In this tour you will witness the adventures of a 19th century journalist who collects information on the reprisals of the French army in Xàbia on 28 August 1812. Advanced registration required at any Jávea’s tourist office. The activity is taking place on Saturday 20 May at 22:00 h. Activity price: 8 € per adult and 4 € per child.

Secrets of Medieval Xàbia. Dramatized guided tour around Xàbia’s downtown. The tour is conducted by a “ghost” who visits the city as it was in times of the Crown of Aragon and pirate siege. This route will be held on Tuesday 23 May at 22:00 h. kicking off from the Tourist Info Xàbia Downtown. Activity price: 8 € per adult and 4 € per child.

Les Valls – Hermitage of Pòpul, Hiking activity at the outskirts of Xàbia. The activity will visit the thirteenth and fourteenth century remnants and archeological around the Montgó.  Activity to be held on Saturday 27 May at 10:00 h. Garthering point: Hermitage of Pòpul. Price € 6 adults and € 3 children. 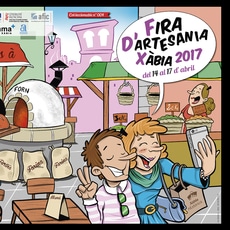 Easter Handicraft Fair in Jávea from 14 to 17 April

Once again you all are invited to the Jávea / Xàbia Easter Handicraft to be held from 14 to 17 April at Xàbia Old Town.

In this fair you will find several stalls with the best traditional products, artisan goods and the side events that we show you below: