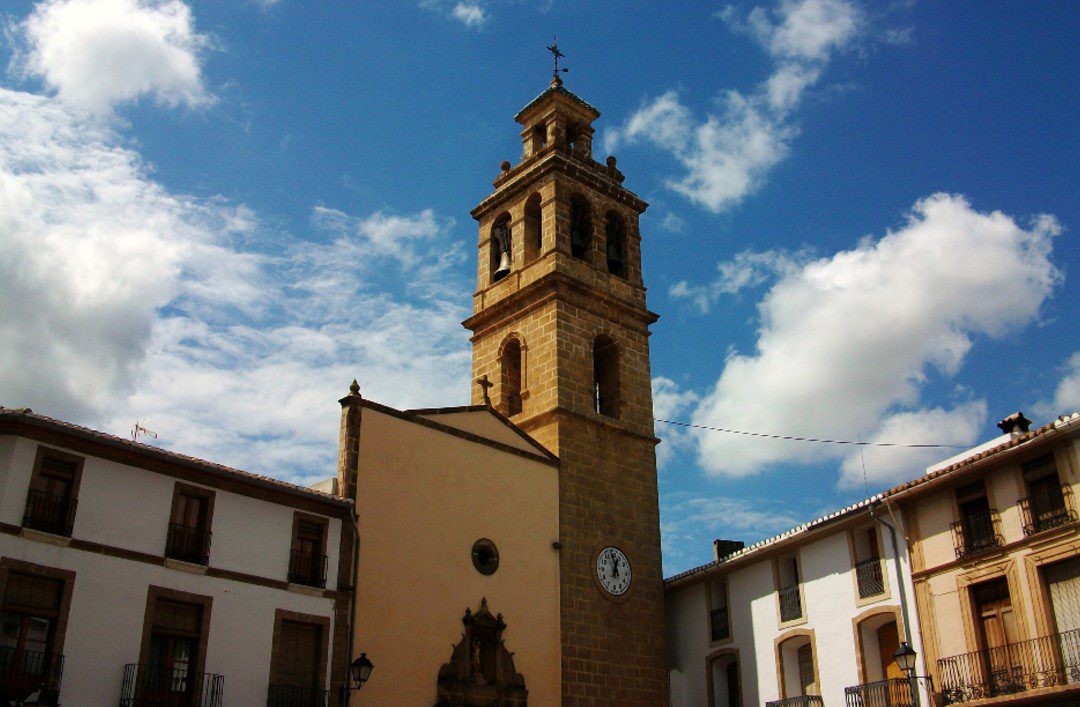 After the recommendations we made in our first and second post, we’d like to bring you more cities close to Residential Resort Cumbre del Sol you can visit. This time we are focusing on cities with a more relaxed lifestyle, and with a much smaller population than the previous cities.

You don’t have to go very far to discover two small towns like Gata de Gorgos and Teulada-Moraira, both located in the comarca of Marina Alta, just a few kilometres away from Benitachell. Villajoysa in Marina Baixa is, and there’s no better way to say it, the sweetest way to end your journey.

Just 18 kilometres separate Cumbre del Sol from the town of Gata de Gorgos, which is in the interior of La Marina Alta. The contrast between the hustle and bustle of the coastal towns and this small town can be felt as soon as you set foot inside of it.

Something else that stands out as soon as you enter Gata de Gorgos is the presence of artisanal products like guitars, hats, baskets and wicker bags. The fact that the population is just under 6000 inhabitants won’t stop you from finding ten hat factories, seven specialised in bags and two in guitars.

Among the town’s many spots to explore we highlight its Cuevas Rojas or any of its many hiking trails. When you finish in Gata de Gorgos, you can head back towards the Costa Blanca seaside.

Teulada and Moraira are two must-see stops in La Marina Alta. Speaking about them at the same time is just a question of location: Moraira is a part of the Teulada municipality (also known as the Teulada-Moraira municipality). Before reaching the coast, stop by the principal town of Teulada and discover the town walls that once surrounded it. Continue your route towards the coast calmly and enjoy the natural nooks you’ll encounter throughout your journey.

When you reach Moraira you can choose where to start from. You have viewpoints like Portitxol and L’Andragó, where you can rediscover the blue of the Mediterranean. You can opt to walk along its eight-kilometre beach while you decide if you want to go for a swim or not, or you can ponder if you should eat at one of its many restaurants before you leave. A high percentage of Moraira’s population are from abroad, which is why you can try dishes from all over the world. 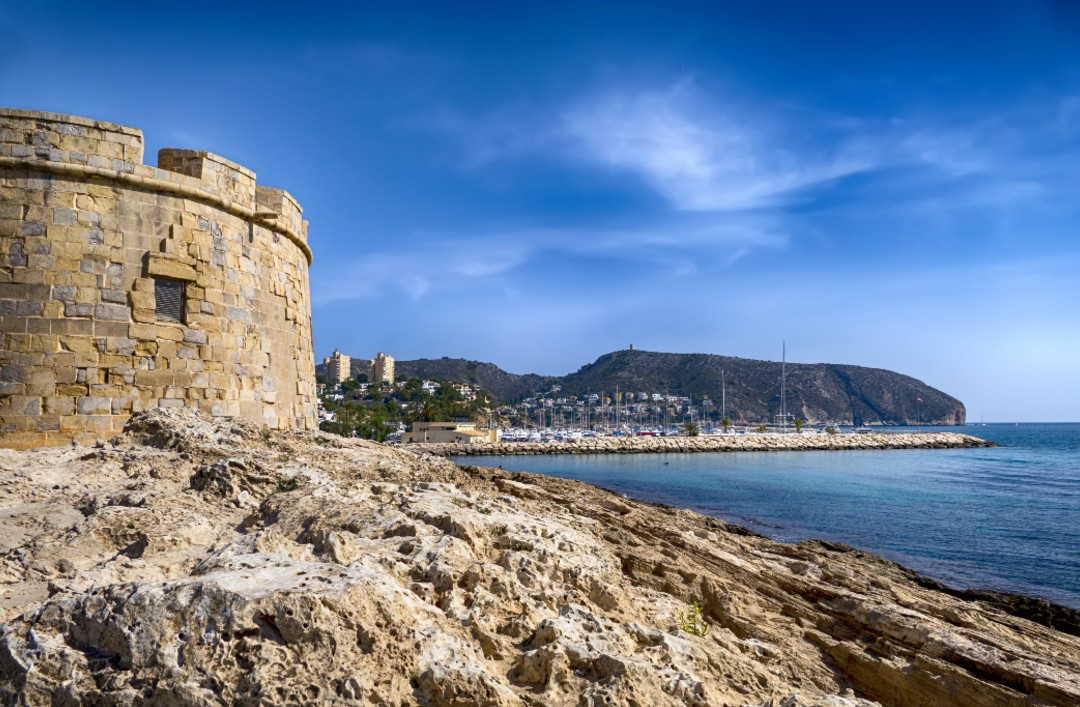 The last stop before returning to Residential Resort Cumbre del Sol will end the journey on a sweet note. Villajoyosa, in the comarca of Marina Baixa, owes its fame to an excellent chocolate tradition, thanks to the different sweets factories you’ll find here. 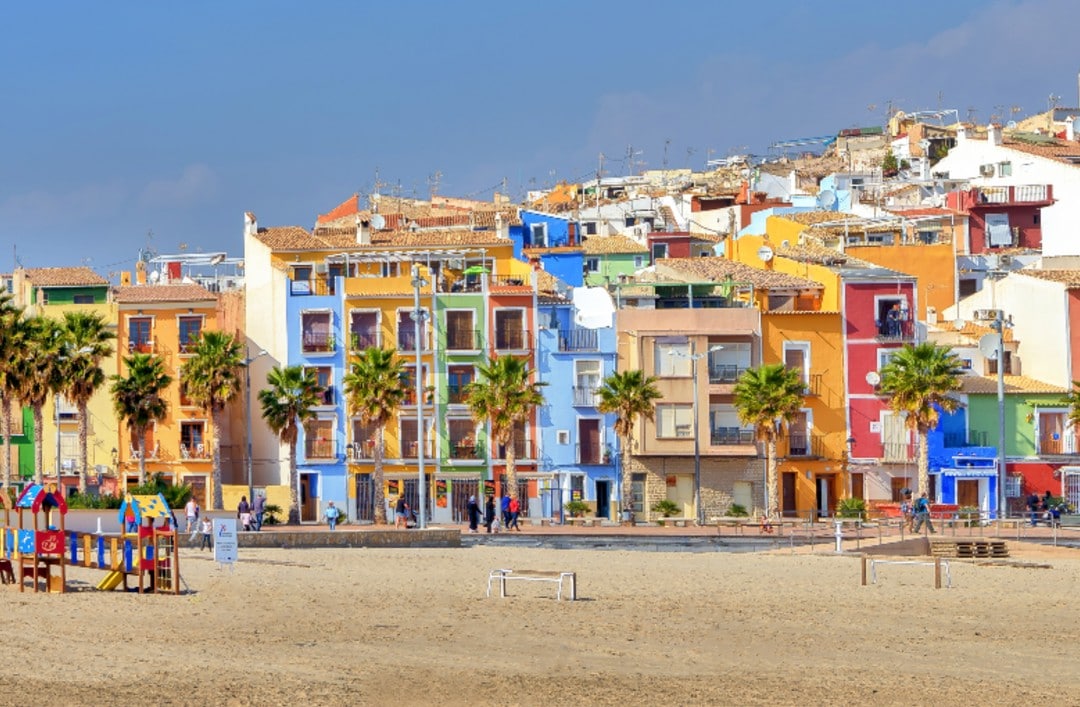 Don’t get too full on dessert and make sure to walk through streets like Arsenal, del Pal, Pou and Sant Pere so you can witness the most photographed and postcard-worthy part in La Vila: the colourful facades of its homes. Don’t miss out on the chance to discover the old city, where you will find the church of Nuestra Señora de Asunción, the Torre de Sant Josep (Saint Joseph’s Tower), the XVI century Torres Vigía and the walled enclosure that used to surround it.

All these municipalities are found less than an hour away from Residential Resort Cumbre del Sol and you can enjoy them any day of the year. Keep an eye on our blog to discover more must-see spots on the Costa Blanca that you can’t miss out on.