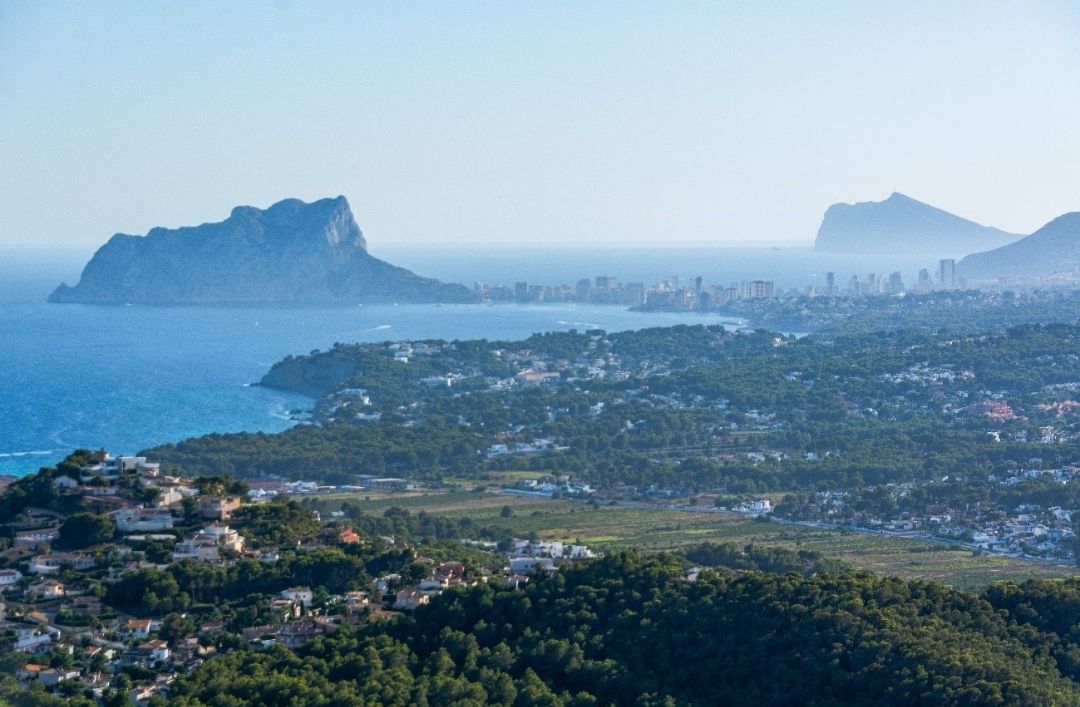 Explore ‘The Frontier of Fear Castle Route’ in Costa Blanca

Costa Blanca has a lot to offer – sun, sand, warm weather and also impressive castles from the middle ages. If you love history and spending time outside, then the Frontier of Fear Castle Route (Ruta de los Castillos de la Frontera del Miedo in Spanish) is the perfect plan for you.

Discover the Frontier of Fear

This route that meanders through Costa Blanca is the best way to see the area, as well as learning about its culture and history. The name ‘Frontier of Fear’ fits it like a glove, as its a route full of defensive towers, forts, walls, churches and a long history of wars and conflicts in the coastal region. In this article, we’ll tell you about three essential stops you must make on this route. You’re sure to love it, as each place is more beautiful than the last!

The three enclaves in Villajoyosa

This route is already starting on a good foot in the charming municipality of Villajoyosa. Here, you can visit the Torre del Xarco. This fort is sat atop a hill with incredible views of the Mediterranean sea with its turquoise blue waters.

A castle and a tower right in the middle of Benidorm

Even mor impressive than the Torre del Xarco is the Castillo de Benidorm. Between two beaches, and right in the middle of Benidorm’s old town, this castle will take you back in time. A 14th century castle that served as a defence against pirates and Berbers. Today, it’s surrounded by the silhouettes of modern skyscrapers that are characteristic of the city. Watching the sunset here from the Mediterranean balcony is an experience like no other.

And if the castle isn’t enough, you can also have some fun at one of the waterparks in Benidorm, or go on a day trip to the Roman village in Alfaz del Pi, an impressive construction of thermal baths and necropolises from 4th century A.D.

Calpe, the heart of the route

A must-do in Calpe is climbing up the Peñón de Ifach, where at the top simply can’t get better. Did you know that there is a village from the middle ages just below this remarkable rock? La Pobla medieval de Ifach, the medieval town of Ifach is one of the few medieval villages to sill be intact in the Comunidad Valenciana. In the shadow of the Peñón de Ifach lies the remains of this Christian town that was erected at the end of the 13th century and abandoned in the 15th century due to conflicts between the Castillians and the Aragonese. Now you know, you can always learn something new!

At each site you visit, there’s a new opportunity to appreciate nature, to enjoy the food, beaches and the unique experiences that each part of la Costa Blanca offers. What do you think? All you need now is a good pair of shoes, a camera and some sunscreen to make the most of the Fronteir of Fear! If you want more ideas for activities you can do in Costa Blanca, follow our blog and our Facebook and Instagram profiles so you don’t miss out.