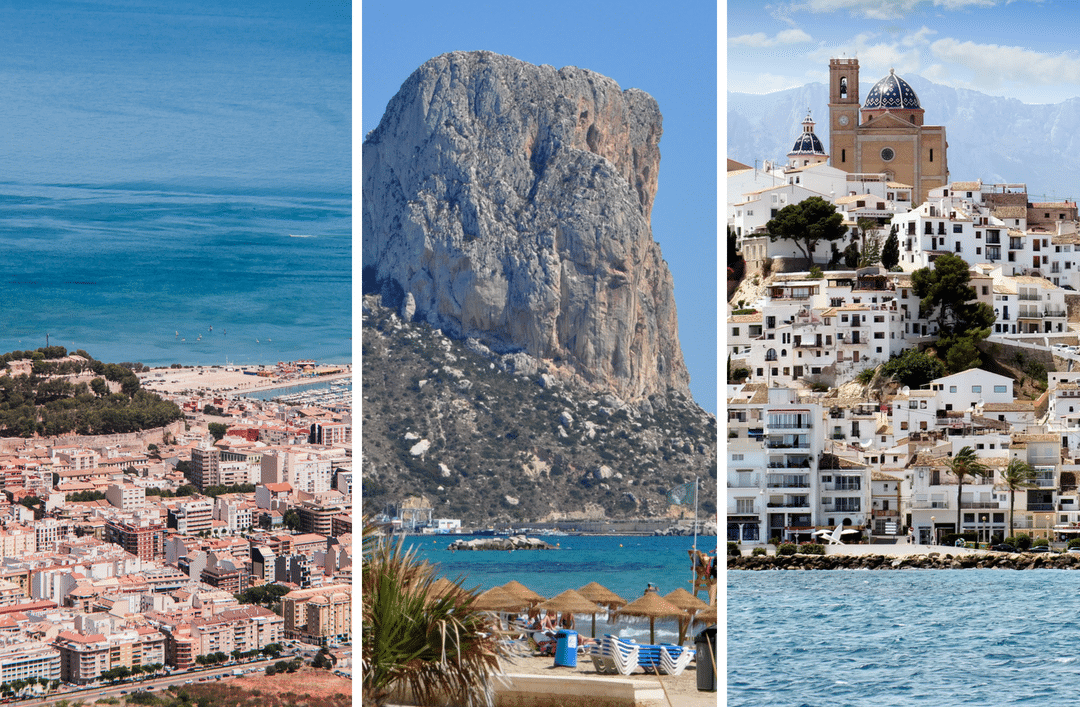 We know that giving in to the charms of the Cumbre del Sol Residential Resort is an easy task. It is situated in an exceptional location: in the heart of the Sierra de la Llorença, just 1.5km from the sea and close to wonderful beaches and coves such as Moraig and Tiestos.

As well as its location in a paradise spot in the province of Alicante, it is also close to cities which have much to offer visitors. Around an hour from the Cumbre del Sol Residential Resort there are charming towns on the Mediterranean coast which enjoy the sunny climate 365 days a year. Today we’ll tell you all about what you can do in three of these cities: Denia, Calpe, and Altea.

Denia: a blue horizon and the best gastronomy

There is only one thing that shines brighter than the sun in Denia: the culinary creations. Since 2015, Denia has belonged to the Creative Cities of Gastronomy, a distinction UNESCO awards to those places which are dedicated to developing and exchanging innovative practices which promote the creative industries. In Spain, only Burgos and Denia have been awarded this recognition!

So, what creations can we sample in Denia? As we’re in the land of rice dishes, don’t miss the opportunity to taste the delicious arroz a banda. Denia’s fishing traditions and proximity to the sea make it the home of delicious seafood dishes: the famous red prawn, llandeta (a dish which mixes different types of fish with potato), suquet de peix (fish and shellfish cooked with suquet sauce), dried octopus, sea urchins… and the best thing is that there are around 300 restaurants in the city from which to choose your favourite.

Then, the marina hides even more surprises in this city. The first of these is the possibility to hire a boat to sail around the city and enjoy some magnificent views of the Macizo del Montgo Natural Park or the Cabo de San Antonio. Or, if you prefer, you can catch a ferry to reach special Mediterranean locations such as Formentera and Ibiza in just over two hours.

Calpe: against the backdrop of the Peñón de Ifach 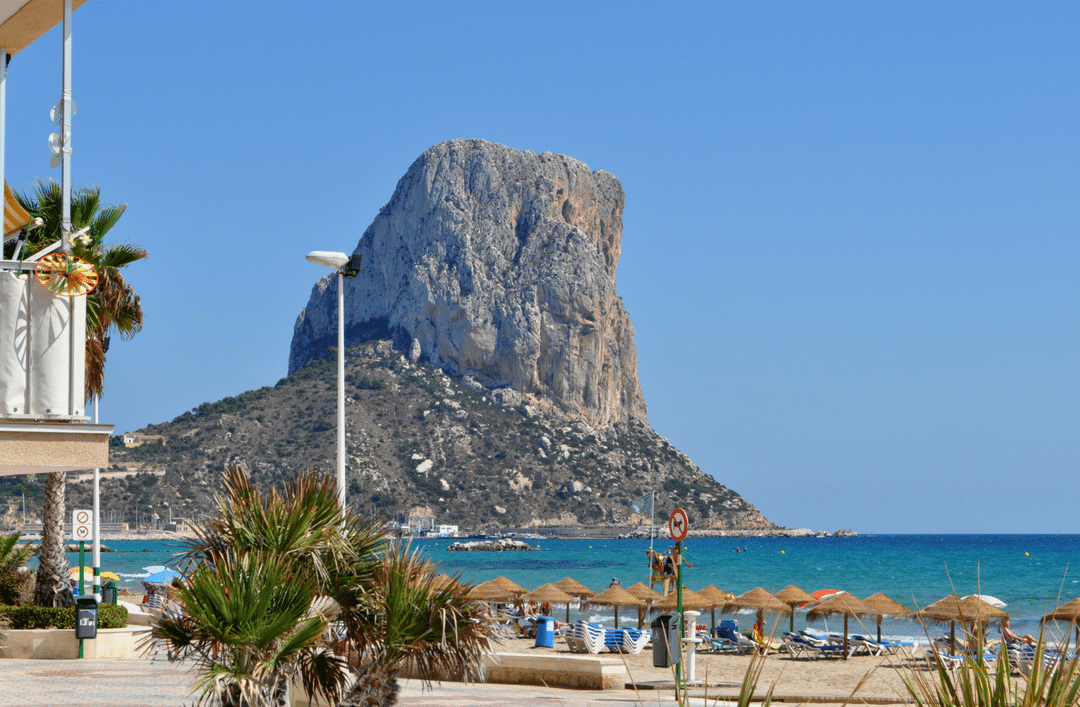 Without doubt, one of the most well-known panoramic views in the Community of Valencia is in Calpe, with the Peñón de Ifach. Named a natural park over 30 years ago, reaching the peak can take around an hour, even on routes of moderate difficulty. Don’t forget to wear shoes which are comfortable and will help you to maintain your balance!

However, the adventure in Peñón de Ifach goes even further: there are around 43 routes, of varying difficulties, from which to choose the one you like best. In April, May, and June, climbing is not advisable due to nest building. It’s much better to enjoy this place in months such as September, when the temperatures are more stable.

There are infinite locations from which to enjoy the panoramic views of the Peñón de Ifach. However, if you would prefer to admire them while enjoying some sport, there is the Ifach Golf Club, one of the first golf courses in the Community of Valencia. Its location in between hills will provide you with some spectacular views of the Mediterranean and the imposing outline of the Peñón de Ifach. A luxury location to tee off in!

Calpe, like the other cities along the Mediterranean coastline, encompasses what it is to live close to the sea. A top fishing location, it is also a great choice for those who love regattas: the classic Calpe-Formentera-Calpe has been held here at the end of May/beginning of June for over three decades. This event, organised by the Calpe Royal Yacht Club, remains faithful to its family roots despite the recognition it has obtained after 30 years.

Altea: an old town to discover on foot 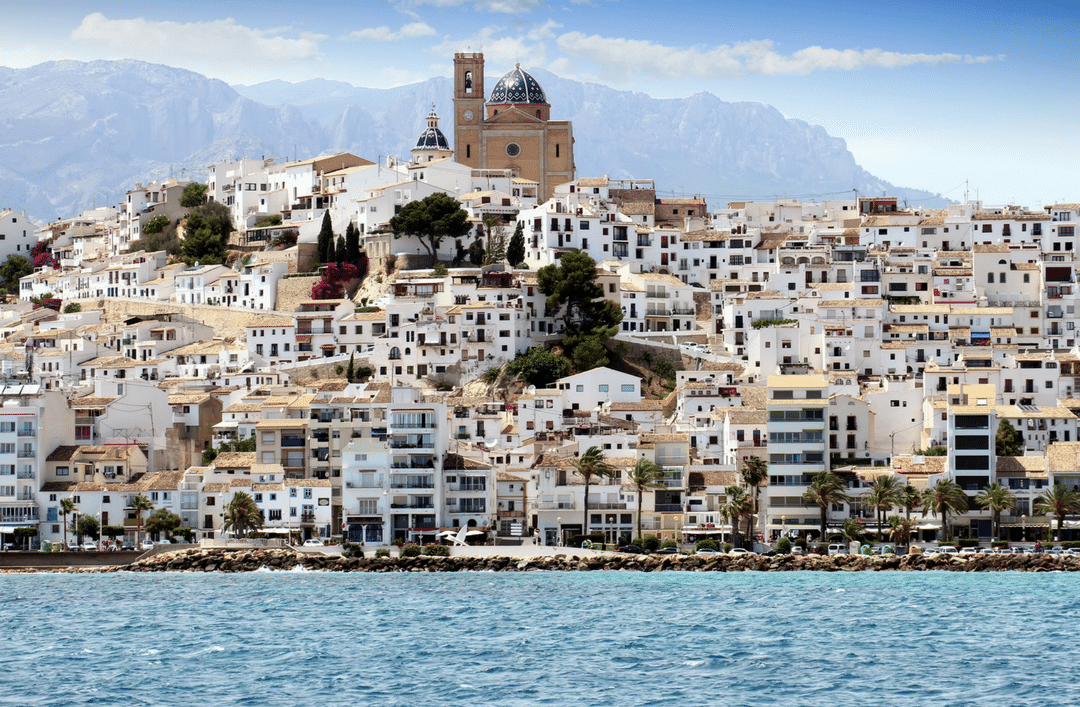 One of the pearls of the Costa Blanca is Altea. As the years have gone by, it has maintained its essence without losing even an ounce of it. We could write pages and pages about the beauty of its old town, which is a true icon in the Mediterranean. Our recommendation would be to visit in the evening, when its many charms are amplified: the cobbles, the white houses, and the dome on the church of Nuestra Señora del Consuelo take on a magical dimension.

Though the old town is the main reason which brings visitors to this Mediterranean location, Altea’s marinas also attract both experts and beginners in water sports and sailing. It doesn’t matter which you prefer: kayaking, rowing, canoeing, sailing, or snorkelling – there is room for all of them here! Altea’s crystal-clear waters are home to three marinas: Marina Greenwich, Altea Sailing Club, and Porto Senso Marina. So, how about spending a day out on the sea?

These are just three cities you will have within an hour from you at the Cumbre del Sol Residential Resort. Keep an eye on our blog to find out about more locations close to our luxury houses! Or, if you prefer, you can contact us here and begin your new life by the sea! We hope to hear from you!